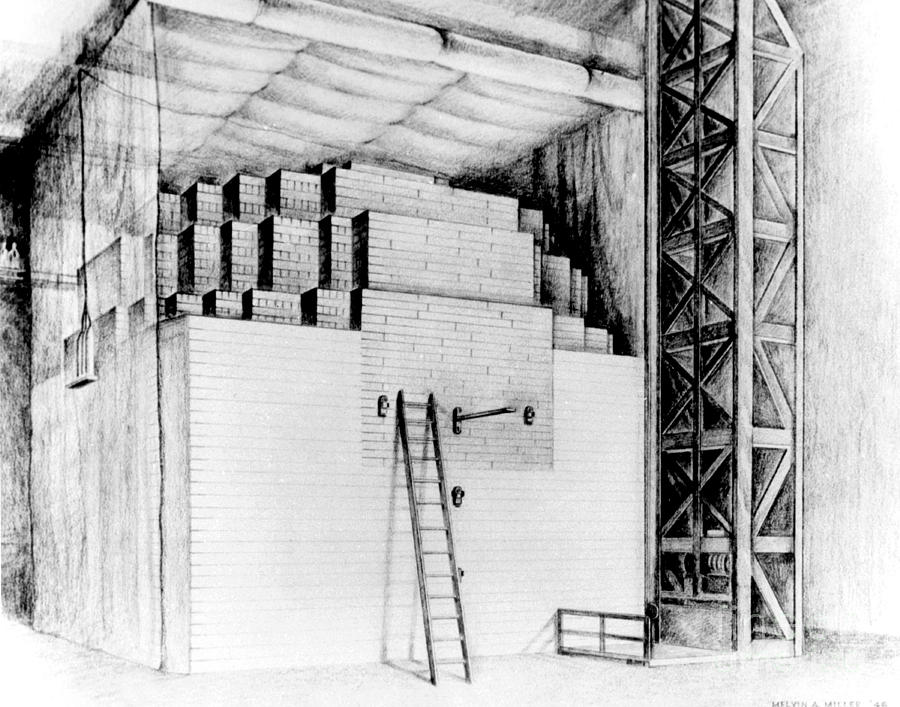 Drawing of Chicago Pile 1 made in 1946 by artist Melvin A. Miller. Chicago Pile-1 (CP-1) was the world's first artificial nuclear reactor. The construction of CP-1 was part of the Manhattan Project, and was carried out by the Metallurgical Laboratory at the University of Chicago. It was built under the west viewing stands of the original Stagg Field. The first man-made self-sustaining nuclear chain reaction was initiated in CP-1 on December 2, 1942, under the supervision of Enrico Fermi. Fermi described the apparatus as "a crude pile of black bricks and wooden timbers." It was made of a large amount of graphite and uranium, with "control rods" of cadmium, indium, and silver, and unlike most subsequent reactors, it had no radiation shield or cooling system. Upon completion of the experiment, a coded message was transmitted to President Roosevelt "The Italian navigator has landed in the new world."