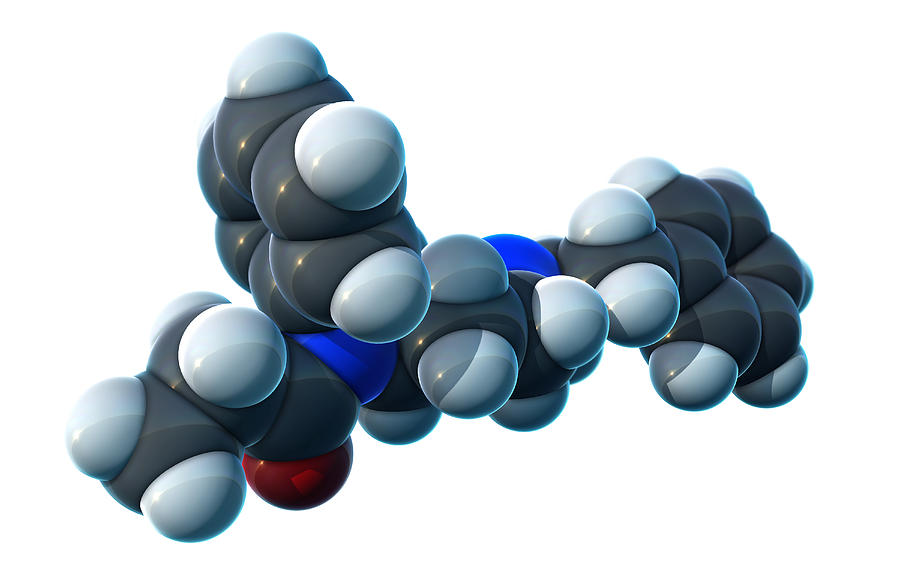 A 3D molecular model of fentanyl, an opioid analgesic that is approximately 80 to 100 times more potent than morphine. Fentanyl has normally been used to treat breakthrough pain or as an anesthetic administered before a surgical procedure. Widespread and illegal recreational use of the drug has spread over the years, and its biological effects are similar to those of heroin. However fentanyl is nearly 50 times more potent than heroin and produces significantly more respiratory depression and a higher risk of overdose or death. Atoms are colored dark gray (carbon), light gray (hydrogen), red (oxygen), and blue ( nitrogen).