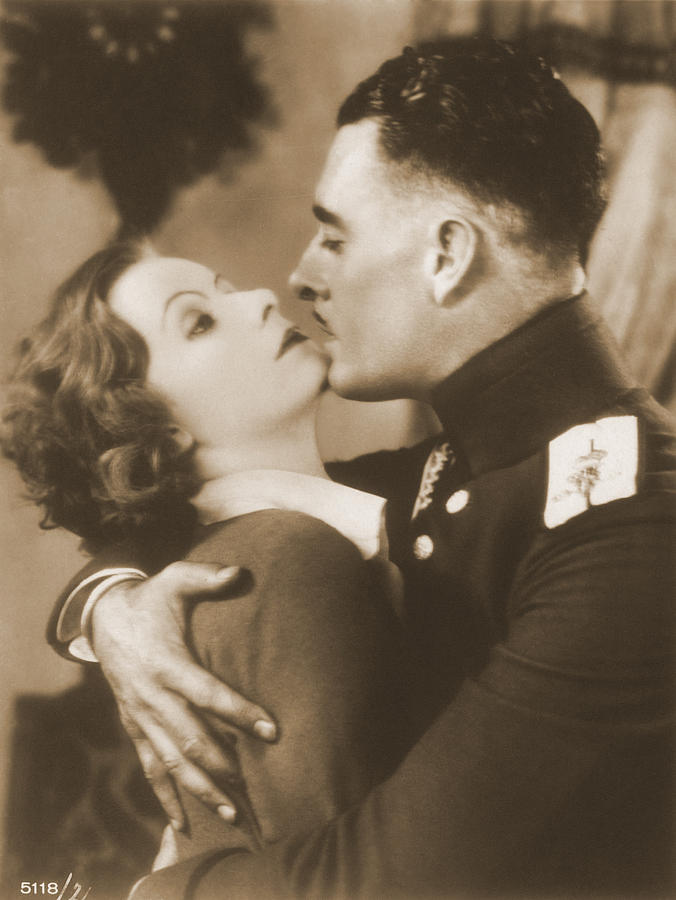 Promotional photo of Garbo and Gilbert. The two starred together in the 1927 film "Love," based on "Anna Karenina" by Leo Tolstoy. Greta Garbo (September 18, 1905 - April 15, 1990), was a Swedish film actress and an international star and icon during Hollywood's silent and classic periods. Garbo was nominated three times for the Academy Award for Best Actress and received an honorary one in 1954 for her "luminous and unforgettable screen performances." She also won the New York Film Critics Circle Award for Best Actress for both Anna Karenina (1935) and Camille (1936). In 1941, she retired at the age of 35 after appearing in 28 films. Garbo never married, had no children and lived alone as an adult. She was something of an art collector and her art collection was worth millions at the time of her death in 1990 at the age of 84. John Gilbert (July 10, 1897 - January 9, 1936) was an American actor, screenwriter and director. He rose to fame during the silent film era and became a popular leading man known as "The Great Lover." At the height of his career, Gilbert rivaled Rudolph Valentino, another silent film era leading man, as a box office draw. His popularity began to wane when silent pictures gave way to talkies. Though Gilbert was often cited as one of the high-profile examples of an actor who was unsuccessful in making the transition to talkies, his decline as a star had far more to do with studio politics and money than with the sound of his screen voice, which was rich and distinctive. By 1934, alcoholism had severely damaged Gilbert's health. He suffered a serious heart attack in December 1935 which left him in poor health. He suffered a second heart attack at his Bel Air home on January 9, 1936, which was fatal. He was 38 years old. No photographer credited, 1927.