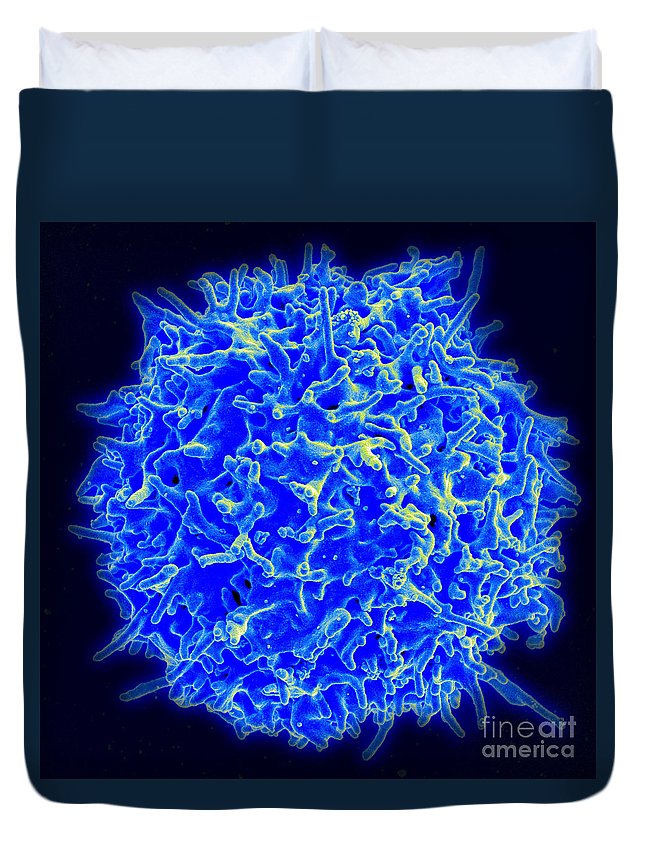 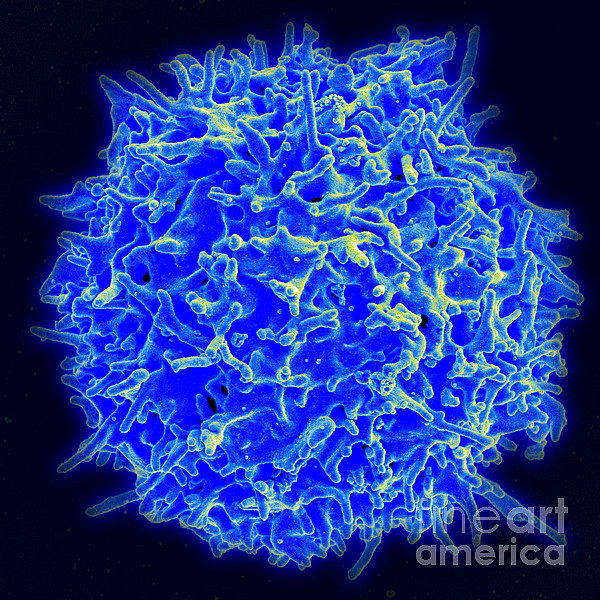 Queen duvet cover (88" x 88") featuring the image "Healthy Human T Cell, Sem" by Science Source. Our soft microfiber duvet covers are hand sewn and include a hidden zipper for easy washing and assembly. Your selected image is printed on the top surface with a soft white surface underneath. All duvet covers are machine washable with cold water and a mild detergent.

Scanning electron micrograph of a human T lymphocyte from the immune system of a healthy donor. T cells or T lymphocytes belong to a group of white... more

Scanning electron micrograph of a human T lymphocyte from the immune system of a healthy donor. T cells or T lymphocytes belong to a group of white blood cells known as lymphocytes, and play a central role in cell-mediated immunity. They can be distinguished from other lymphocytes, such as B cells and natural killer cells (NK cells), by the presence of a T cell receptor (TCR) on the cell surface. They are called T cells because they mature in the thymus. There are several subsets of T cells, each with a distinct function.