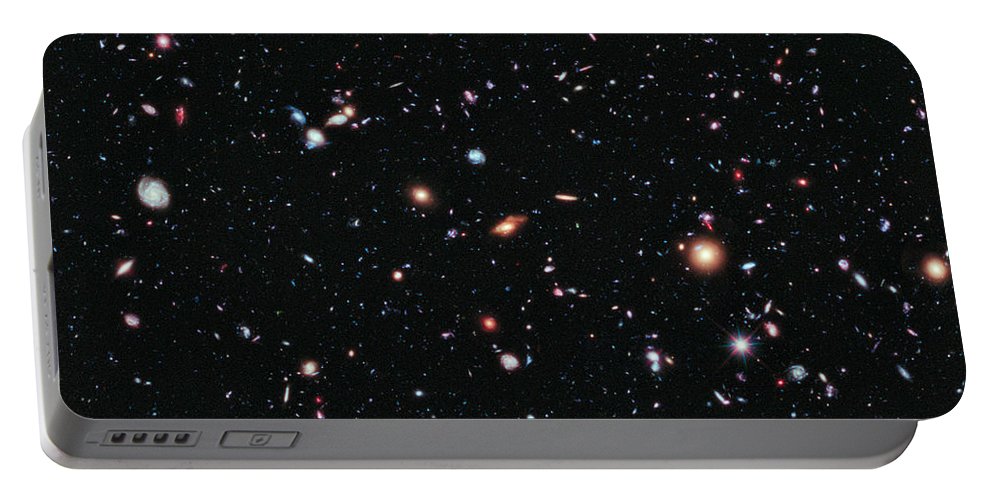 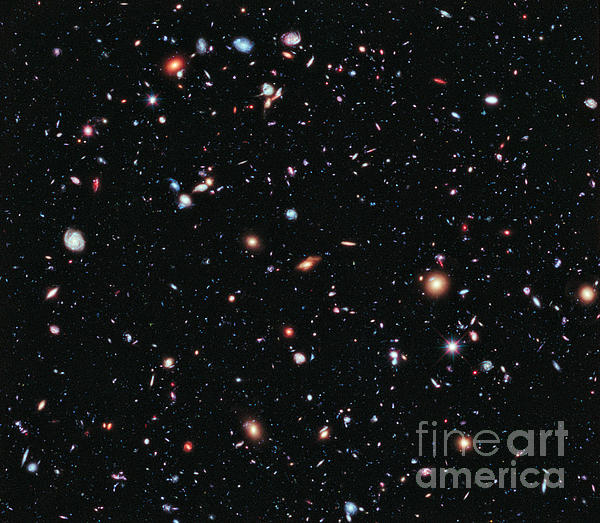 This image, called the Hubble eXtreme Deep Field (XDF), combines Hubble observations taken over the past decade of a small patch of sky in the... more

This image, called the Hubble eXtreme Deep Field (XDF), combines Hubble observations taken over the past decade of a small patch of sky in the constellation of Fornax. With a total of over two million seconds of exposure time, it is the deepest image of the Universe ever made, combining data from previous images including the Hubble Ultra Deep Field of 2002/3 and Hubble Ultra Deep Field infrared image of 2009. This image contains several of the most distant objects ever identified.