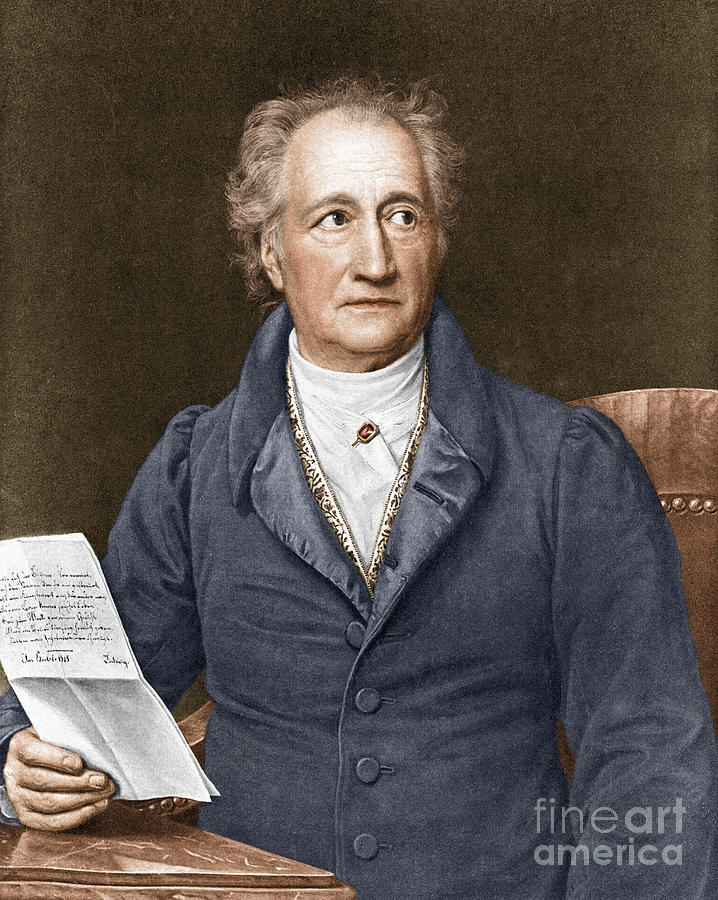 Johann Wolfgang von Goethe (1749-1832) was a German writer, pictorial artist, biologist, theoretical physicist, and polymath. He is considered the supreme genius of modern German literature. His works span the fields of poetry, drama, prose, philosophy, and science. His Faust has been called one of the greatest dramatic works of modern European literature. He was one of the key figures of German literature and the movement of Weimar Classicism in the late 18th and early 19th centuries; this movement coincides with Enlightenment, Sentimentalism and Romanticism. The author of the scientific text Theory of Colors, his influential ideas on plant and animal morphology and homology were extended and developed by 19th century naturalists including Charles Darwin. He was fascinated by mineralogy, and the mineral goethite (iron oxide) is named after him. His poetry was set to music by almost every major Austrian and German composer from Mozart to Mahler. Goethe was also a cultural force, and by researching folk traditions, he created many of the norms for celebrating Christmas. Goethe's influence spread across Europe, and for the next century his works were a major source of inspiration in music, drama, poetry and philosophy. He died in 1832 at the age of 82.