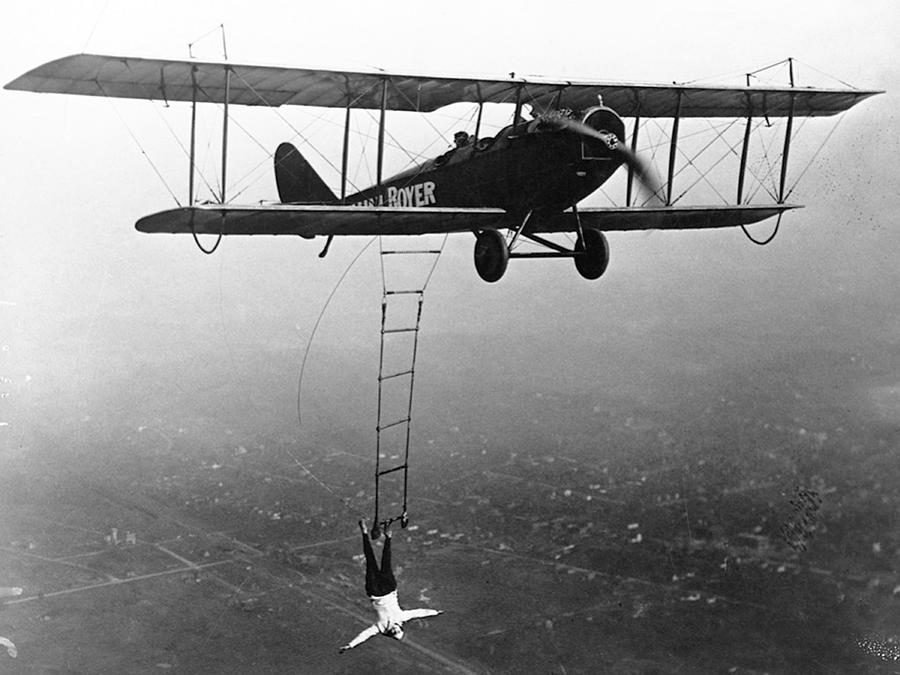 Lillian Boyer (January 15, 1901 - February 1, 1989) was an American wing walker. Working as a restaurant waitress but eager to fly in an airplane, in 1921 Boyer was invited by two restaurant customers to take an airplane ride. On her second flight, she climbed out on the wing, beginning her career as an aerial performer. In December 1921, she began training with pilot Lt. Billy Brock, former WWI pilot and barnstormer. She performed many daring stunts and achieved great public acclaim until 1929 when federal regulations on low flying and unsafe planes forced her and many other barnstormers into retirement. Her performances included; 352 shows in 41 US states and Canada, most of them wing-walking, 143 automobile-to-plane changes and 37 parachute jumps (13 into Lake Erie). She died in 1989 at the age of 88.