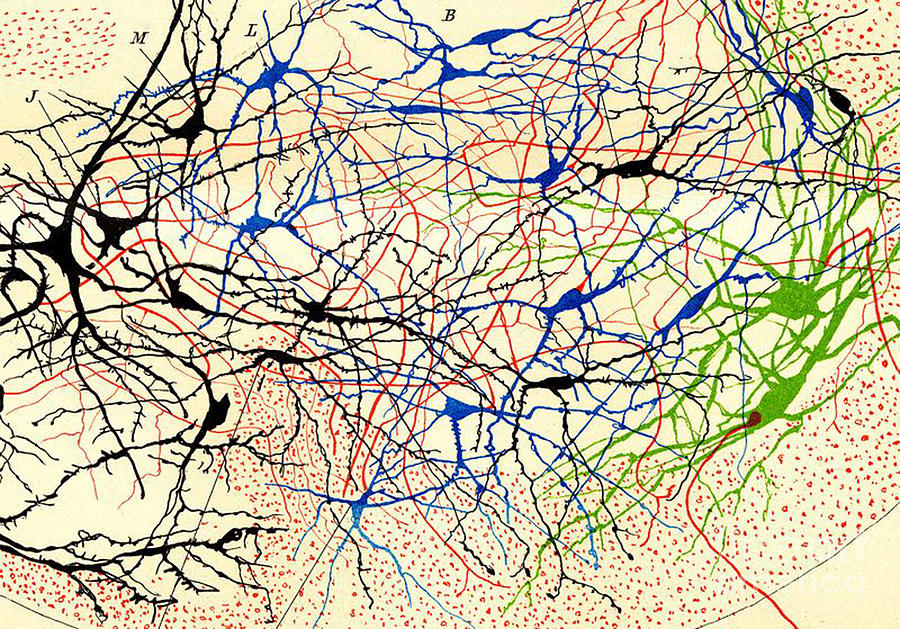 Drawing of nerve cells drawn by Cajal. Santiago Ramón y Cajal (May 1, 1852 - October 17, 1934) was a Spanish pathologist, histologist, neuroscientist, and Nobel laureate. He was skilled at drawing, and hundreds of his illustrations of brain cells are still used for educational purposes today. His early work focused on the pathology of inflammation, the microbiology of cholera, and the structure of epithelial cells and tissues, before turning his attention to the central nervous system. He discovered the axonal growth cone, and provided the definitive evidence for what would later be known as "neuron theory". He provided detailed descriptions of cell types associated with neural structures, and produced excellent depictions of structures and their connectivity. He published over 100 scientific works and articles in French, Spanish, and German. He died in 1934, at the age of 82, of natural causes.