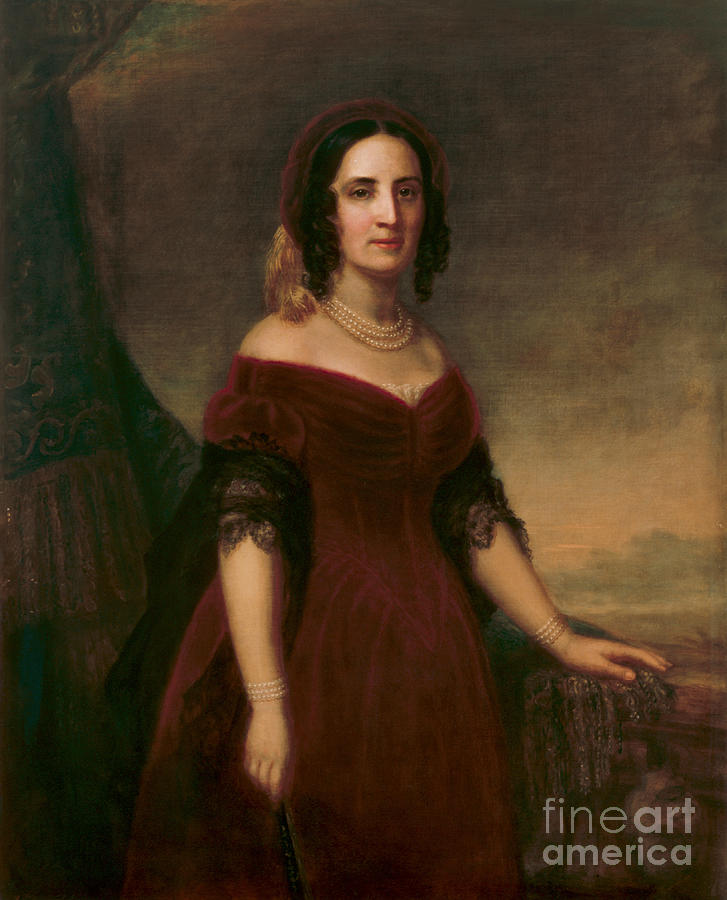 Sarah Childress Polk (September 4, 1803 - August 14, 1891) was the wife of President James Polk, serving as First Lady of the United States from 1845 to 1849. Andrew Jackson called her "wealthy, pretty, ambitious, and intelligent," and urged Polk to marry her. In 1824, Sarah Childress, aged 20, married James Polk, aged 28. During Polk's political career, she assisted her husband with his speeches, gave him advice on policy matters and played an active role in his campaigns. She was lively, charming, intelligent, and a good conversationalist. A devout Presbyterian, she as First Lady banned dancing, card games, and hard liquor at official receptions and refused to attend horse races or the theater. After attending the inauguration of his successor, Zachary Taylor, they retired to to their new home "Polk Place" in Nashville, Tennessee. Three months later, he died, having had the shortest retirement of any former US President. She was granted a pension of $5,000 per annum. During the American Civil War, she was neutral. She lived through the longest retirement and widowhood of any former US First Lady, and wore black always. She died in 1891, at the age of 87. Painting by George Healy.