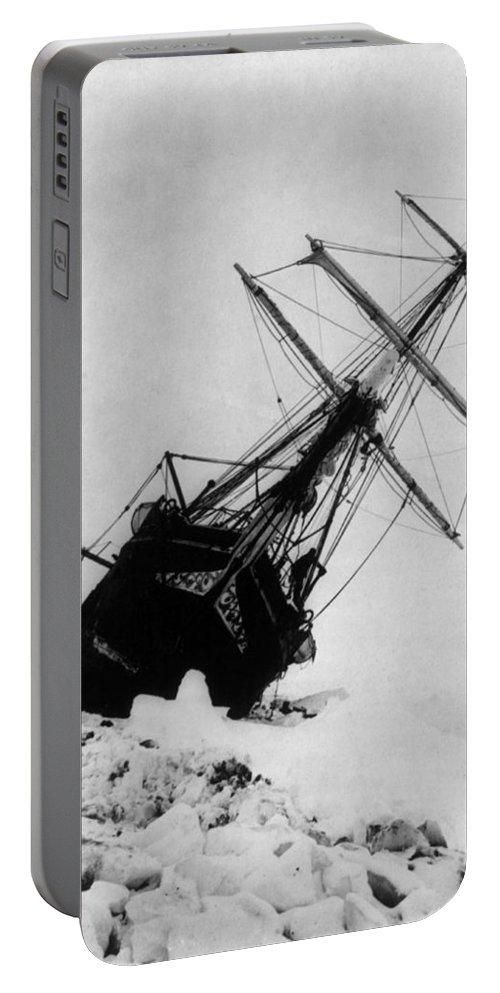 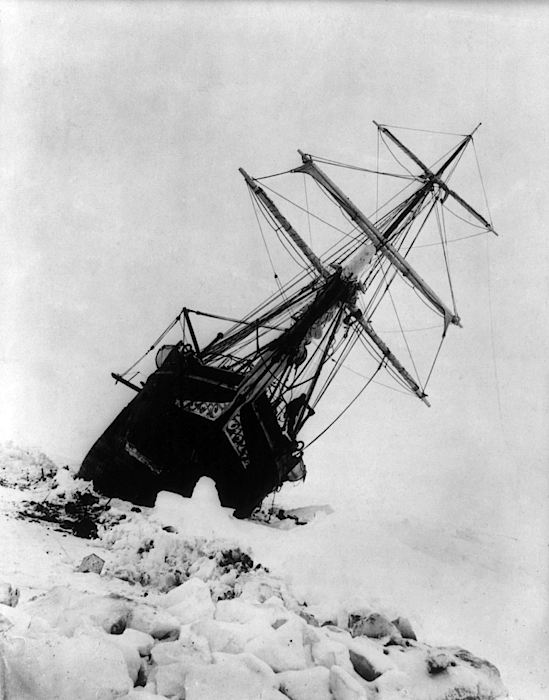 Endurance, leaning to the right, stuck within an ice jam. Endurance was the three-masted barquentine in which Ernest Shackleton sailed for the... more

Endurance, leaning to the right, stuck within an ice jam. Endurance was the three-masted barquentine in which Ernest Shackleton sailed for the Antarctic on the 1914 Imperial Trans-Antarctic Expedition. She was within 200 miles of her destination, Vahsel Bay, when heavy pack ice was sighted and a gale developed. She took shelter under the lee of a large grounded berg. On the morning of November 21, 1915, her bow began to sink under the ice and had to be abandoned.