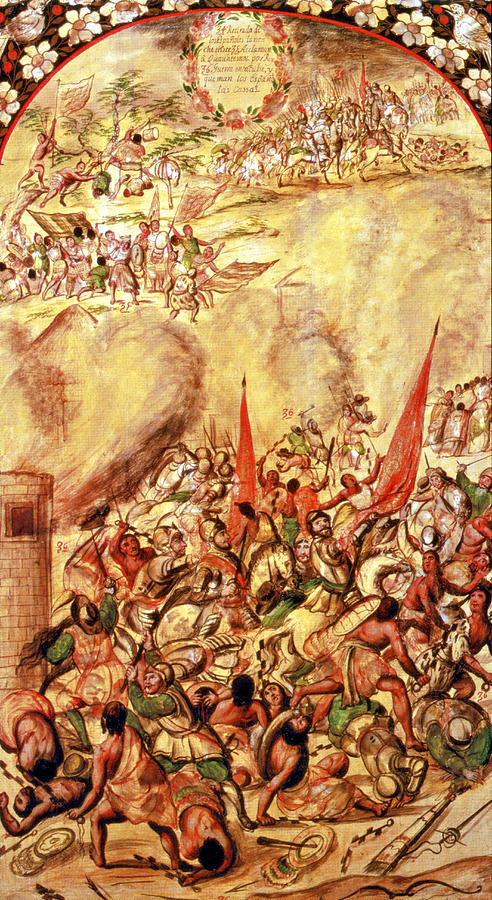 La Noche Triste on June 30, 1520, was an important event during the Spanish conquest of Mexico, wherein Hernando Cortez and his invading army of Spanish conquistadors and native allies were driven out of the Mexican capital at Tenochtitlan following the death of the Aztec king Moctezuma II. On the night of July 1, 1520, Cortez and his army left their compound and headed west, toward the Tlacopan causeway. As the Spaniards and their native allies reached the causeway, hundreds of canoes appeared in the waters alongside to harry them. The Spaniards fought their way across the causeway in the rain. Weighed down by gold and equipment, some of the soldiers lost their footing, fell into the lake, and drowned. Cortez, Alvarado and the strongest and most skilled of the men had managed to fight their way out of Tenochtitlan, although they were all bloodied and exhausted. All of the artillery had been lost, as had most of the horses. The event was named La Noche Triste on account of the sorrow that Cortez and his surviving followers felt and expressed at the loss of life and treasure incurred in the escape from Tenochtitlan.