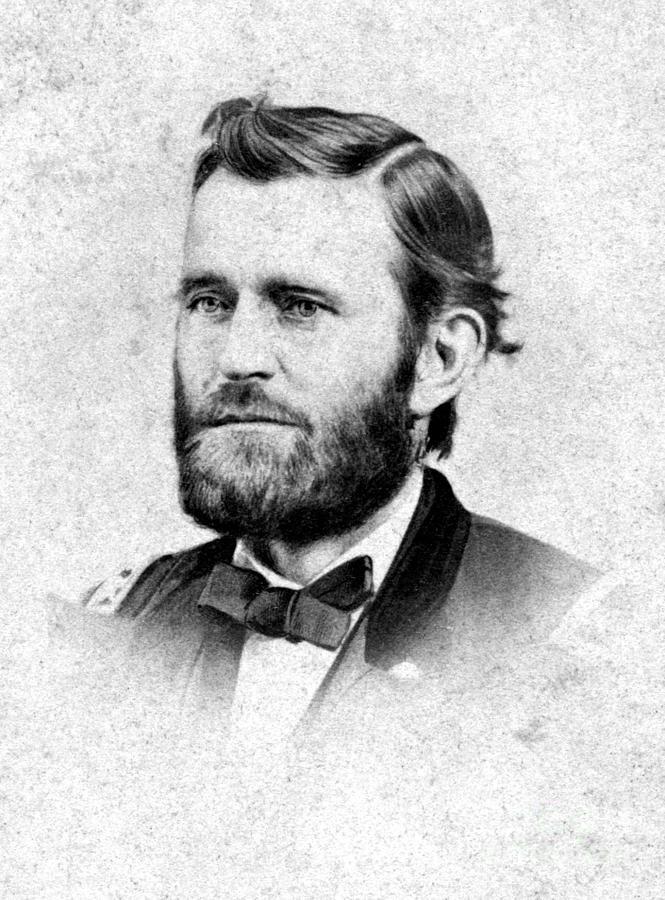 Ulysses S. Grant (born Hiram Ulysses Grant; April 27, 1822 - July 23, 1885) was the 18th President of the United States. A career soldier, he graduated from the United States Military Academy at West Point and served in the Mexican-American War. Under Grant, the Union Army defeated the Confederate military and effectively ended the war with the surrender of Robert E. Lee's army at Appomattox. Grant's two consecutive terms as President stabilized the nation after the war and during the turbulent Reconstruction period that followed. Historians until recently have given Grant's presidency the worst rankings; however, his reputation has significantly improved because of greater appreciation for his foreign policy and civil rights achievements, particularly avoiding war with Britain and Spain, the Fifteenth Amendment, persecution of the Ku Klux Klan, and enforcement of voting rights. Grant died of throat cancer at the age of 63 in Mount McGregor. His last words were, "I hope that nobody will be distressed on my account." His body lies in New York City's Riverside Park, in what is now known as General Grant National Memorial ("Grant's Tomb"), the largest mausoleum in North America.