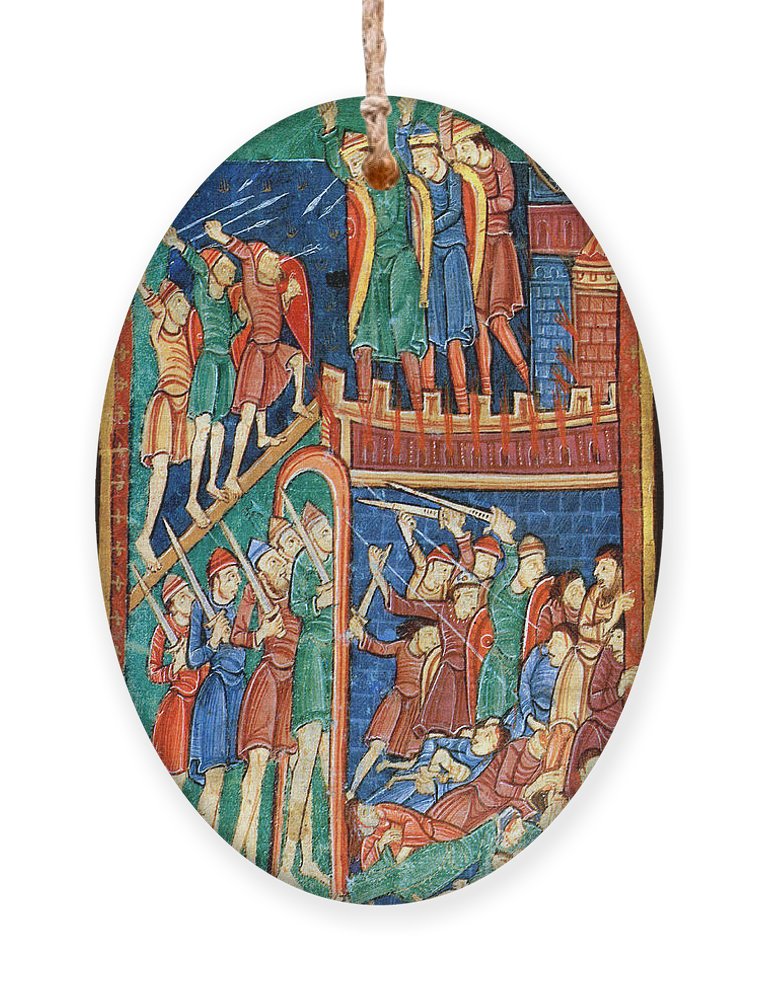 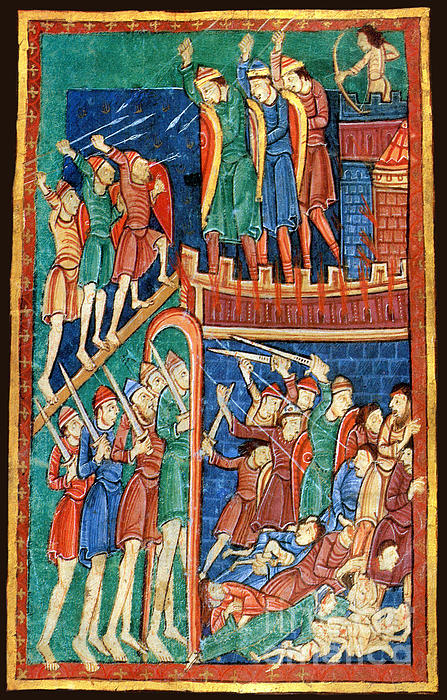 Captioned Viking Warriors invade England 866. Viking pikemen scale the ramparts of the ill- defended town of Thetford in East Anglia while there... more

Captioned "Viking Warriors invade England 866. Viking pikemen scale the ramparts of the ill- defended town of Thetford in East Anglia while there sword-wielding comrades below break through an archway and begin to slaughter the town's inhabitants, who cringe and plead for mercy." Illuminated manuscript from the "Life of Edmund", unknown artist, (circa 1130) depicting the autumn of AD 865/866 when Ivar Ragnarsson (nicknamed the Boneless), with his brothers Halfdan Ragnarsson (Halfdene) and Ubbe Ragnarsson (Hubba), led the Great Heathen Army in the invasion of England. The Great Heathen Army was a Viking army originating in Denmark which pillaged and conquered much of England in the late 9th century. Unlike many of the Scandinavian raiding armies of the period, surviving sources give no firm indication of its numbers, but it was clearly among the largest forces of its kind, comprising a number of ships reaching into the hundreds, and many thousands of men.