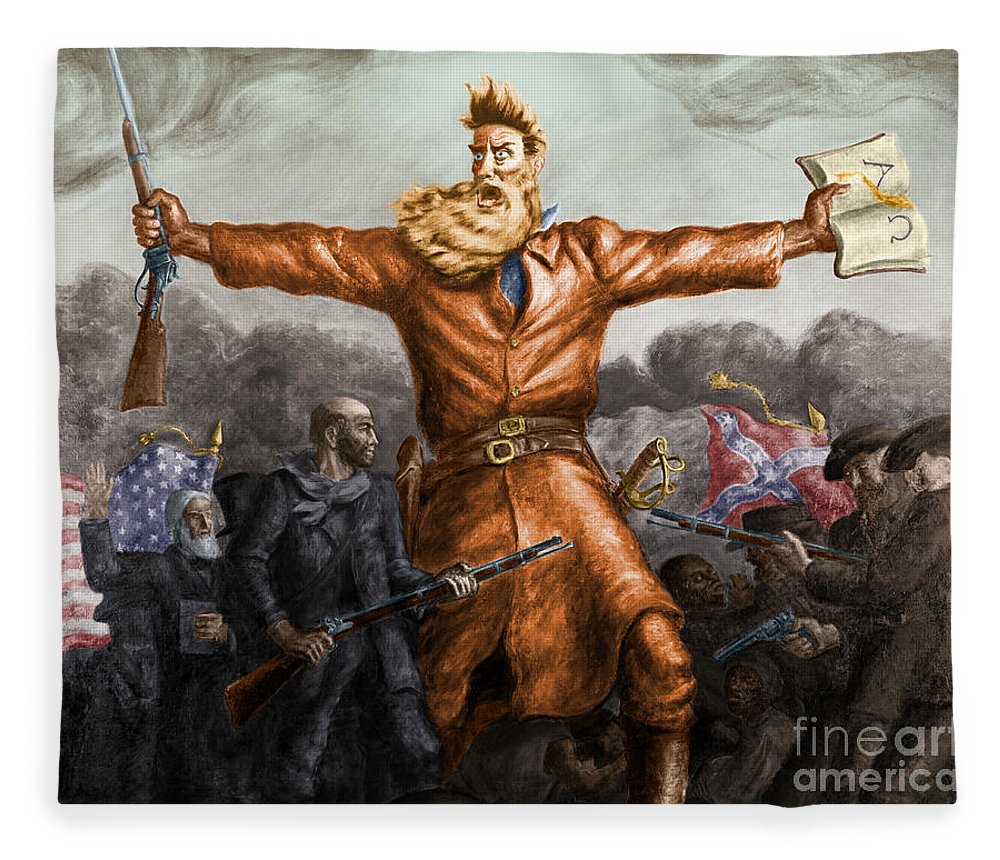 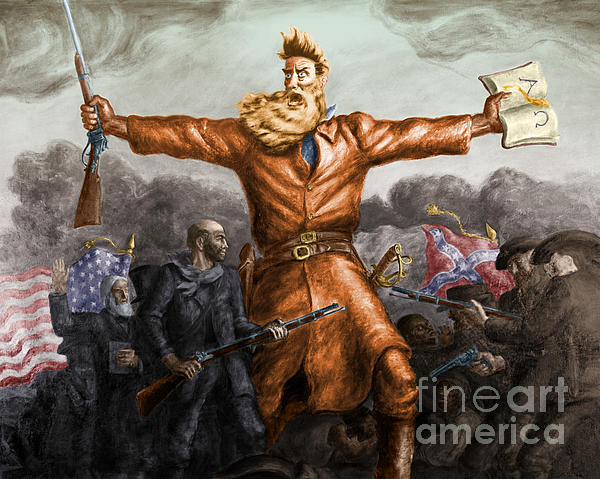 Militant abolitionist Brown, in a mural titled "Tragic Prelude" by John Steuart Curry in the state capitol building in Topeka, Kansas. John Brown (1800-1859) was a revolutionary abolitionist in the United States, who advocated and practiced armed insurrection as a means to abolish slavery for good. He led the Pottawatomie Massacre during which five men were killed in 1856 in Bleeding Kansas and made his name in the unsuccessful raid at Harpers Ferry in 1859. Later that year he was tried and executed for treason against the state of Virginia, murder, and conspiracy. Brown has been called "the most controversial of all 19th-century Americans."