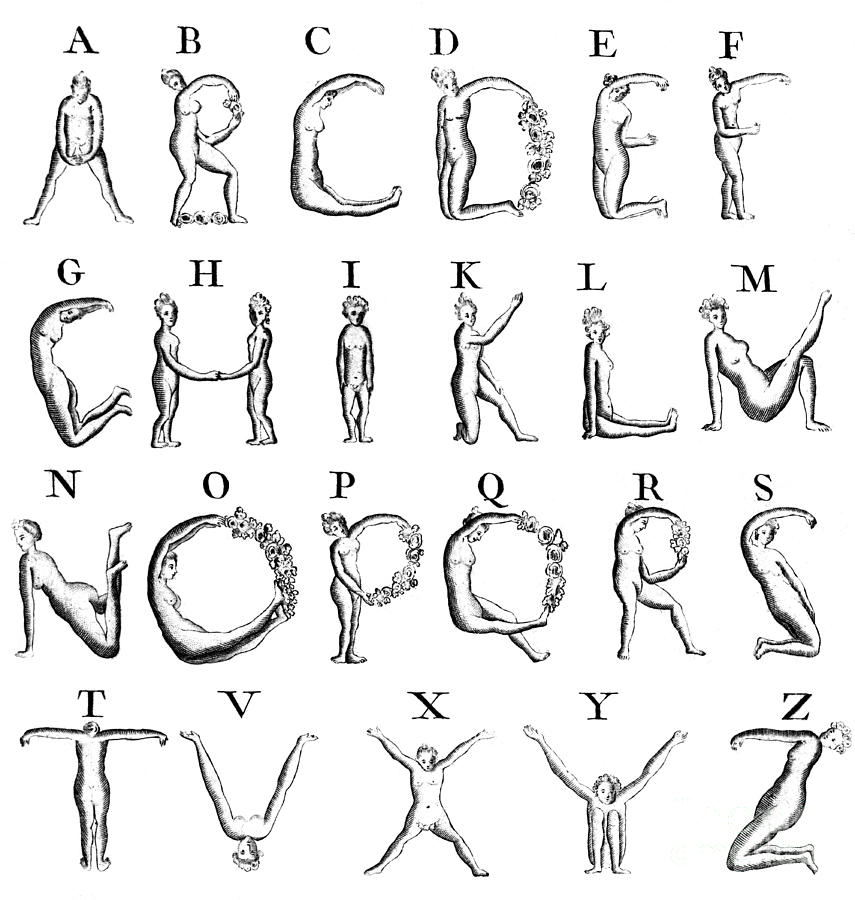 Entitled "Alphabeth de la Bourbonnoise" shows nude female figure forming the letters of the alphabet. France, 1789. The alphabet is a system of writing, developed in the ancient Near East and transmitted from the northwest Semites to the Greeks, in which each symbol ideally represents one sound unit in the spoken language, and from which most alphabetical scripts are derived.