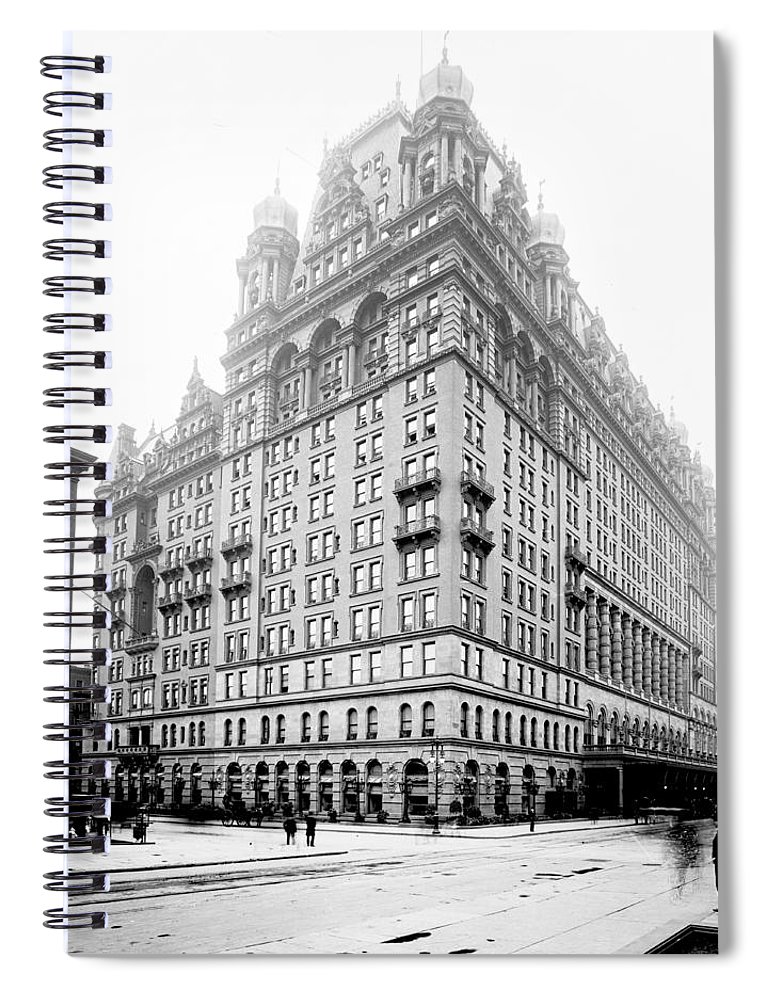 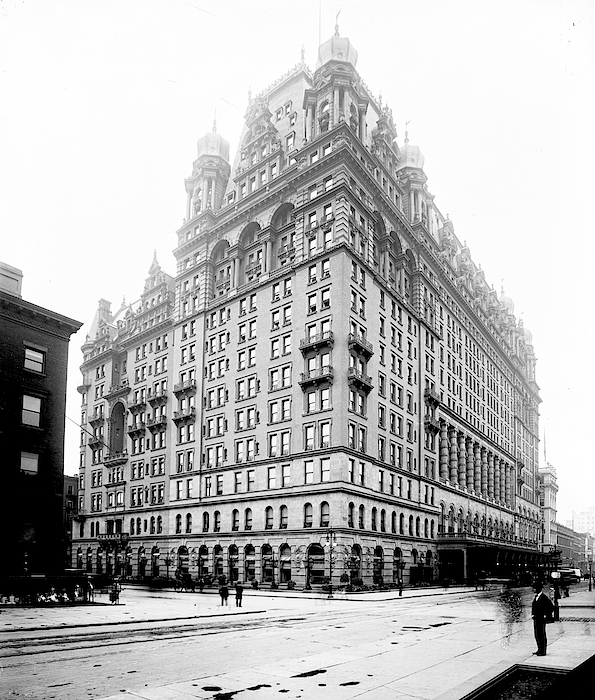 The original Waldorf Hotel opened in 1893 at the corner of Fifth Avenue and 33rd Street. Constructed in the German Renaissance style by Henry Janeway... more

The original Waldorf Hotel opened in 1893 at the corner of Fifth Avenue and 33rd Street. Constructed in the German Renaissance style by Henry Janeway Hardenbergh, it stood 225 feet high, with 15 public rooms and 450 guest rooms. The Astoria Hotel opened in 1897 on the southwest corner of Fifth Avenue and 34th Street. It was also designed in the German Renaissance style by Hardenbergh, at a height of about 270 feet, with 16 stories, 25 public rooms and 550 guest rooms. Connected by the 980 foot long "Peacock Alley" after the merger in 1897, the hotel had 1,300 bedrooms, making it the largest hotel in the world at the time. It was designed specifically to cater to the needs of the wealthy upper crust of NYC and distinguished foreign visitors. It was the first hotel to offer complete electricity and private bathrooms. It was razed in 1929 to make way for construction of the Empire State Building. Photographed by the Detroit Publishing Company, 1900.