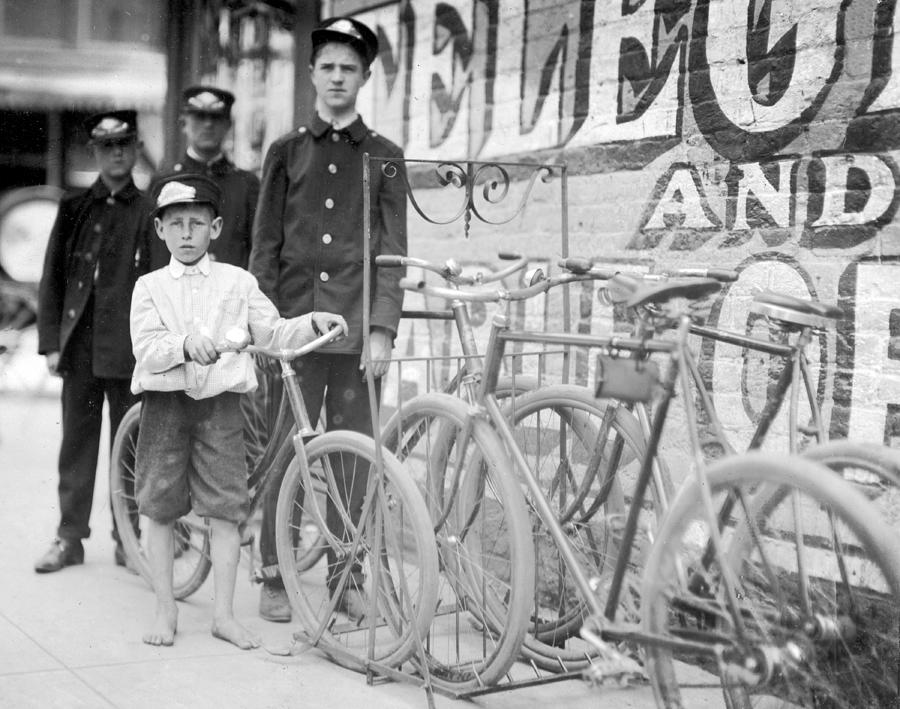 Entitled "The smallest boy, Western Union No. 5 is only 10 years old, and is working as extra boy. He said he was going to be laid off as the manager told him he was too young, but an older messenger told me the reason was that the other messengers were having him put off because he cuts into their earnings. Location Danville, Virginia." Telegraph boys were uniformed young men between 10-18 years of age who carried telegrams through urban streets. In most areas they used bicycles; in some dense areas they went on foot. Unlike the men in the telegraph office who worked indoors on fixed wages under close supervision, enjoyed union benefits, and managed the electrical transfer of information, telegraph boys worked outdoors under no supervision on piece wages, saw no union benefits, and managed the physical aspect of the industry in the form of handwritten or printed paper messages. Photographed by Lewis Hine, June 1911.