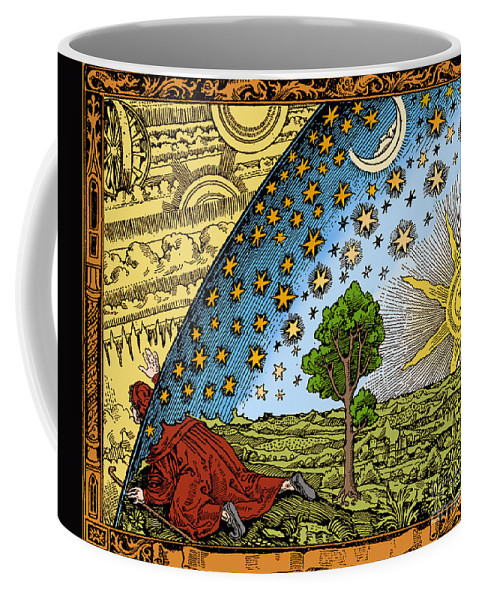 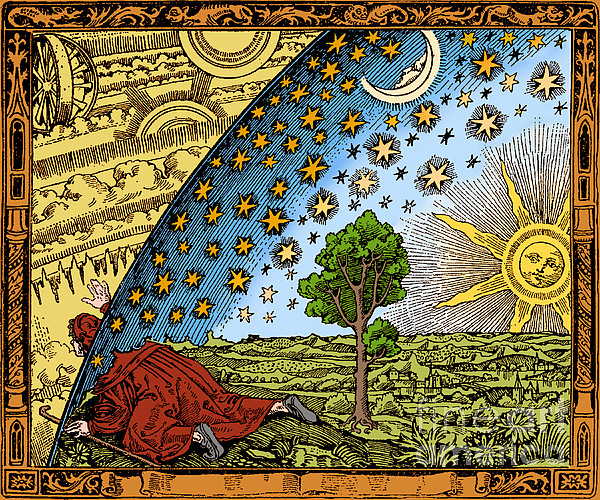 A Flammarion wood engraving by an unknown artist that first appeared in Camille Flammarion's L'atmosphere meteorologie populaire (1888). The image... more

A Flammarion wood engraving by an unknown artist that first appeared in Camille Flammarion's L'atmosphere meteorologie populaire (1888). The image depicts a man crawling under the edge of the sky, depicted as if it were a solid hemisphere, to look at the mysterious Empyrean beyond. The original caption translates to "A medieval missionary tells that he has found the point where heaven and Earth meet..."