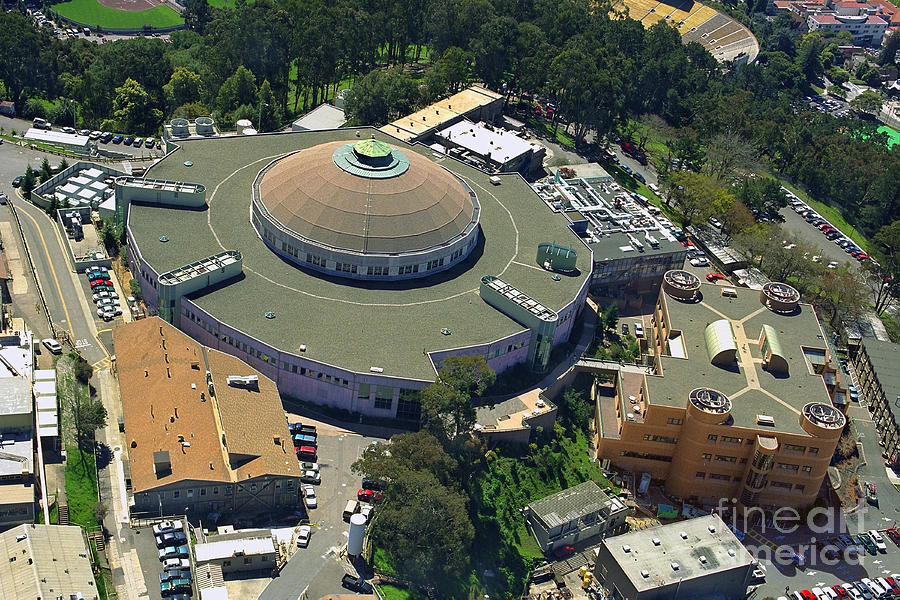 The Advanced Light Source (ALS) is a research facility at Lawrence Berkeley National Laboratory in Berkeley, California. One of the world's brightest sources of ultraviolet and soft x-ray light, the ALS is the first "third-generation" synchrotron light source in its energy range, providing multiple extremely bright sources of intense and coherent short-wavelength light for use in scientific experiments by researchers from around the world. Electron bunches traveling near the speed of light are forced into a nearly circular path by magnets in the ALS storage ring. Between these magnets there are straight sections where the electrons are forced into a slalom-like path by dozens of magnets of alternating polarity in devices called undulators. Electrons emit beams of electromagnetic radiation - from the infrared through the visible, ultraviolet, and x-ray regimes - under the influence of these magnets. The resulting beams, collimated along the direction of the electrons' path, shine down beamlines to instruments at experiment endstations. The ALS serves about 2,000 researchers every year from academic, industrial, and government laboratories worldwide. Experiments at the ALS are performed at nearly 40 beamlines that can operate simultaneously over 5000 hours per year, resulting in about 600 scientific publications annually in a wide variety of fields. Any qualified researcher can propose to use an ALS beamline It is funded by the US Department of Energy (DOE) and operated by the University of California.