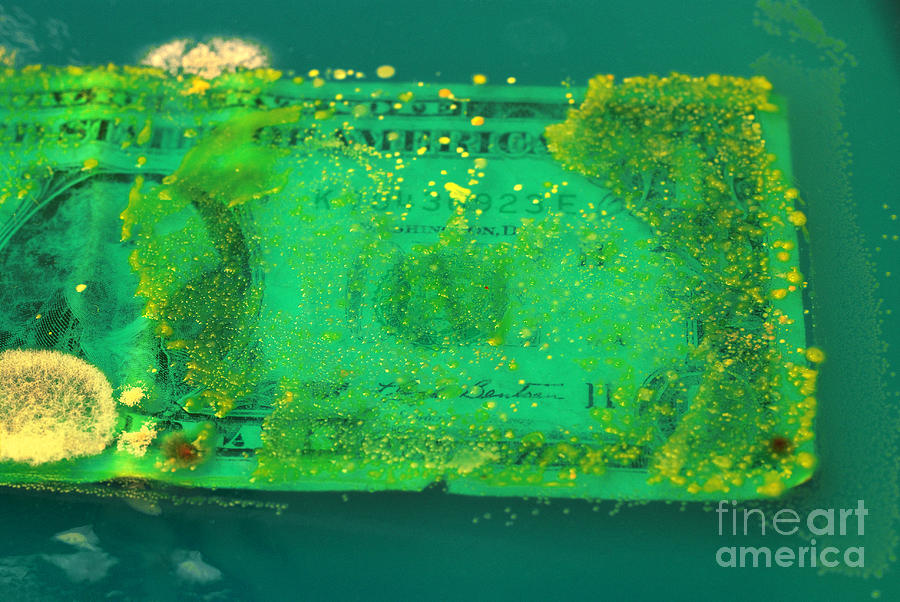 An image showing a US $1 banknote covered with bacteria. A US $1 banknote was covered with a thin layer of agar gel which contained a nutrient medium. After the agar solidified, another $1 banknote was laid on the agar gel, superimposing the embedded banknote for 5 minutes and then removed. Bacteria thus transferred from the banknote started to grow in the agar gel and after 4 days the colonies were photographed. Moldy (fungal) colonies also developed in the area where the banknote had been imprinted thus indicating where germs were present on the banknote. This image shows that banknotes harbor germs of microorganisms (bacteria and fungi) and that it is a good idea to wash one's hands after handling paper money.