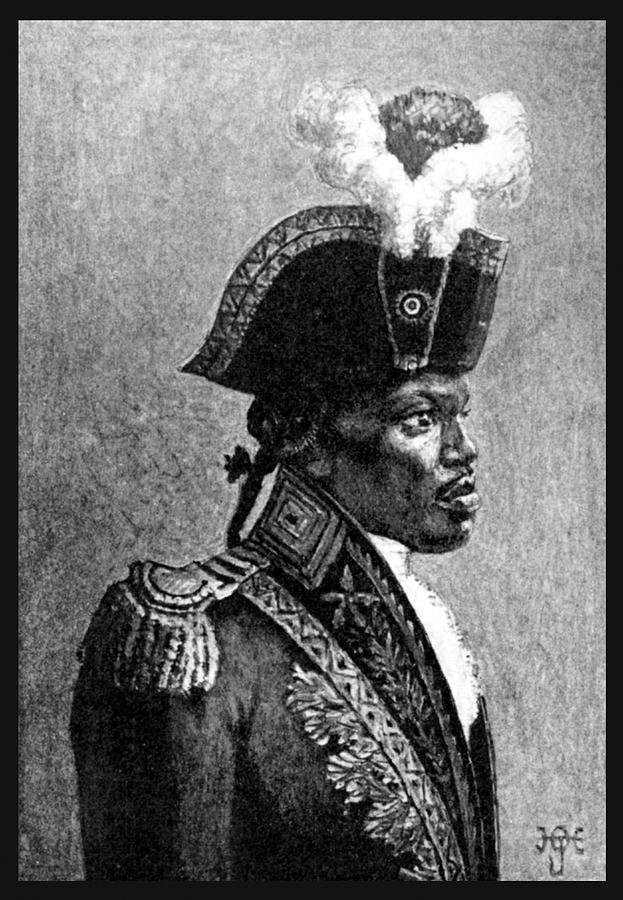 Toussaint L'Ouverture (May 20, 1743 - April 7, 1803) was a Haitian general who transformed a slave insurgency into a movement, the Haitian Revolution. By 1800 Saint-Domingue, the most prosperous French slave colony of the time, had become the first free colonial society to have rejected race as the basis of social ranking. L'Ouverture created a de facto autonomous colony and the constitution proclaimed him governor for life. In 1802 he was forced to resign by forces sent by Napoleon to restore French authority in the former colony. He was deported to France, where he died in 1803. No artist credited, 1795 (cropped and cleaned).