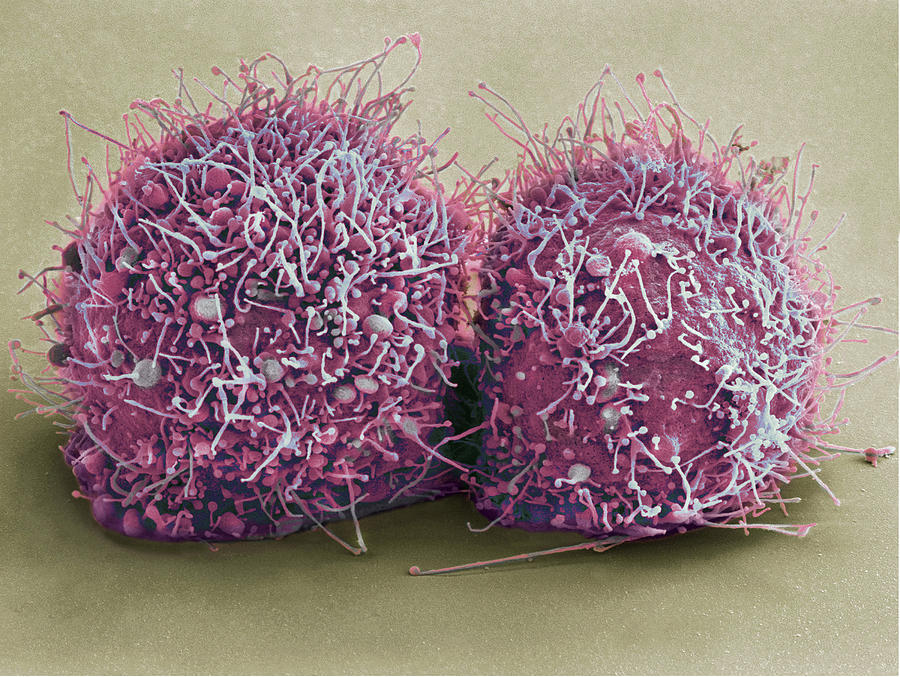 Scanning electron micrograph of just-divided HeLa cells. Zeiss Merlin HR-SEM. A HeLa cell is a cell type in an immortal cell line used in scientific research. It is the oldest and most commonly used human cell line. The line was derived from cervical cancer cells taken on February 8, 1951, from Henrietta Lacks, a patient who eventually died of her cancer on October 4, 1951. The cell line was found to be remarkably durable and prolific as illustrated by its contamination of many other cell lines used in research. The HeLa strain of cells was used by Jonas Salk to develop a vaccine for polio. To test his new vaccine, the cells were quickly put into mass production in the first-ever cell production factory. In 1955 HeLa cells were the first human cells successfully cloned. Demand for the HeLa cells quickly grew. Since they were put into mass production, they have been mailed to scientists around the globe for research into cancer, AIDS, the effects of radiation and toxic substances, gene mapping, and countless other scientific pursuits.