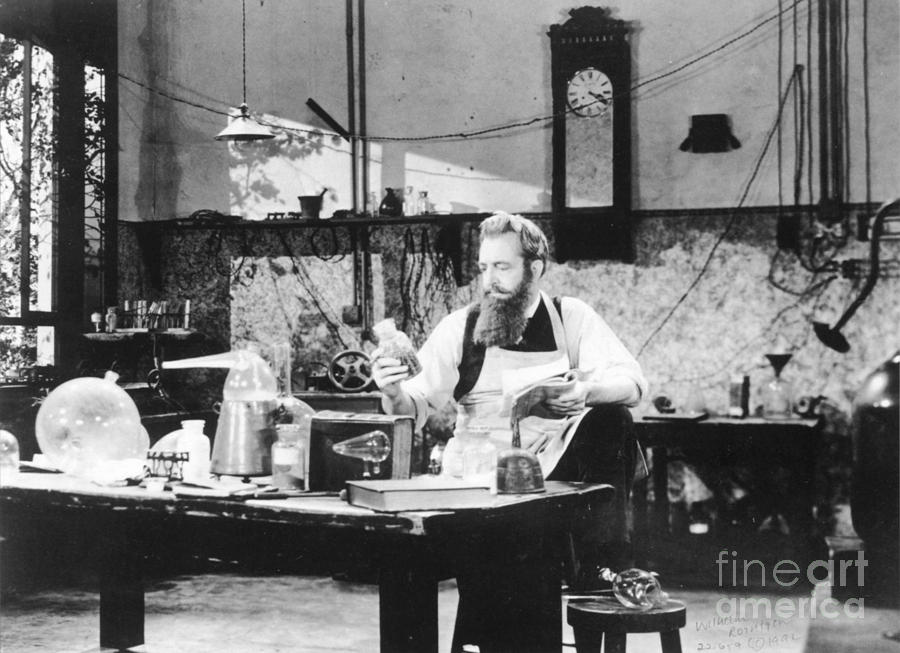 Wilhelm Konrad Roentgen (1845-1923), German experimental physicist and discoverer of X-rays. While using a discharge tube (in which an electric discharge is passed through a gas at low pressure) in a darkened room, Roentgen noticed that a card coated with barium platinocyanide glowed when the tube was switched on. The effect was not blocked by an intervening wall, or even a thin sheet of metal. Roentgen termed this newly discovered phenomenon X-ray radiation, and suggested that it consisted of electromagnetic rays with a shorter wavelength than light. He was awarded the first Nobel Prize for Physics in 1901. Photograph taken circa 1895.