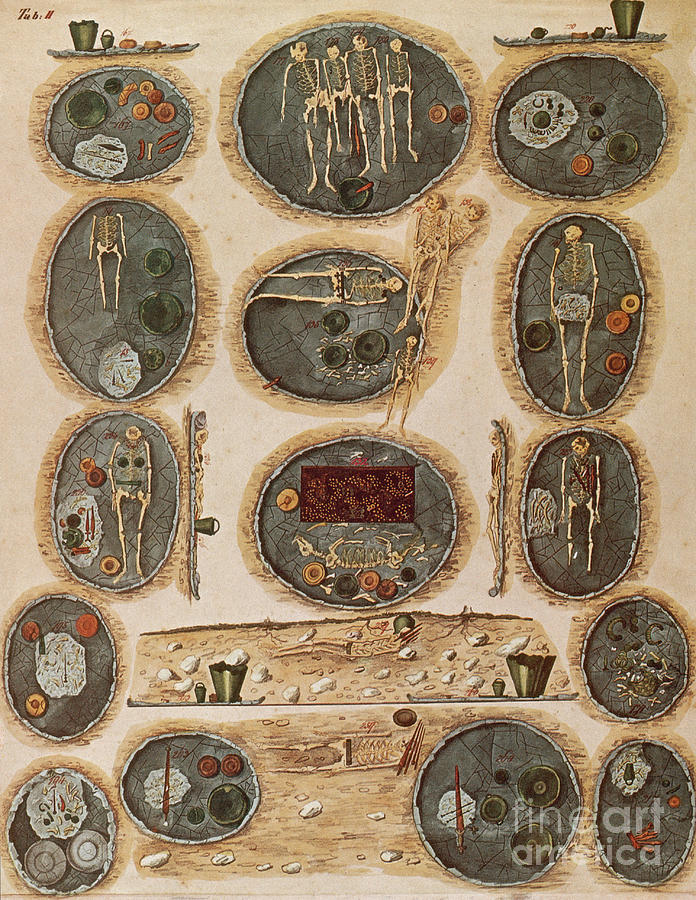 In 1846, Johann Georg Ramsauer (1795-1874) discovered a large prehistoric cemetery near Hallstatt, which he excavated during the second half of the nineteenth century. Hallstatt gave its name to the Hallstatt Culture from which the Celts emerged. Used from the 8th to the 4th century BC, approximately 2000 to 4000 burials took place of which 1300 are recorded / preserved in museums. There are roughly as many inhumations as there are cremations, that is graves with skeletons or the ash of the cremation. Most of the identifiable warrior burials were cremations. Inhumation and cremation were practiced concurrently. There were no forms of grave markers above ground. Most of the bodies were lined up East - West. Many of the richer finds were made in the cremation burials which for the most part were also the warrior burials. The main distinction is in burial rite and grave goods in the western zone, members of the elite were buried with sword or dagger, in the eastern zone with an axe. The western zone has chariot burials. In the eastern zone, warriors are frequently buried in full armor. Illustration originally captioned Not yet equipped with cameras, they made drawings of the graves. An unknown local artist painted these watercolors.