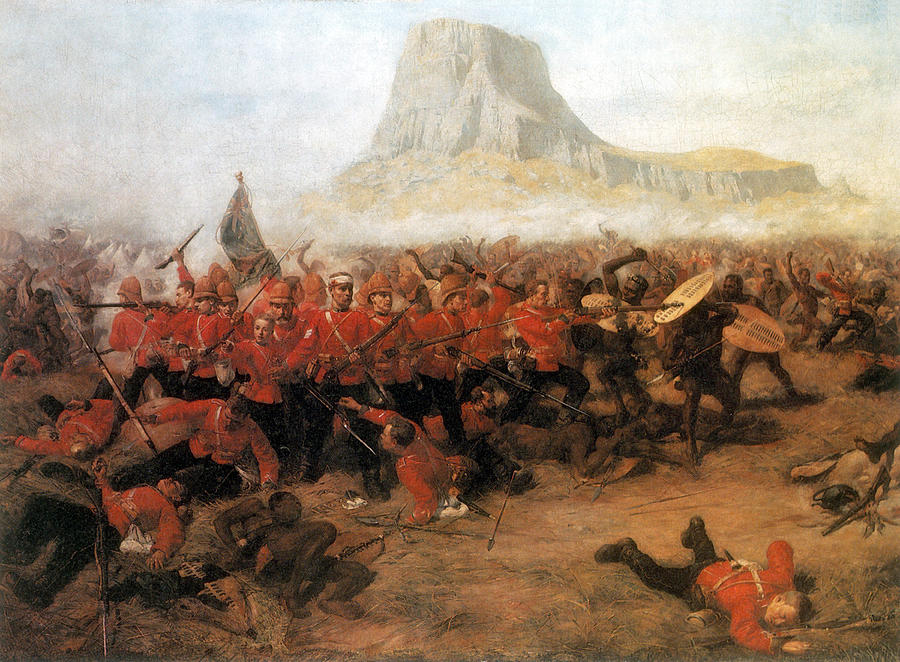 The Battle of Isandlwana (Isandhlwana) on January 22, 1879 was the first major encounter in the Anglo-Zulu War between the British Empire and the Zulu Kingdom. Eleven days after the British commenced their invasion of Zululand in South Africa, a Zulu force of some 20,000 warriors attacked a portion of the British main column consisting of about 1,800 British, colonial and native troops and perhaps 400 civilians. The Zulus were equipped mainly with the traditional assegai iron spears and cow-hide shields, but also had a number of muskets and old rifles though they were not formally trained in their use. The British and colonial troops were armed with modern breech-loading rifles and 7-pounder mountain guns deployed as field guns. Despite a vast disadvantage in weapons technology, the numerically superior Zulus ultimately overwhelmed the poorly led and badly deployed British, killing over 1,300 troops, including all those out on the forward firing line. The Zulu army suffered anywhere from 1,000 to 2,500 killed. Oil on canvas by Charles Edwin Fripp. This image has been cropped.