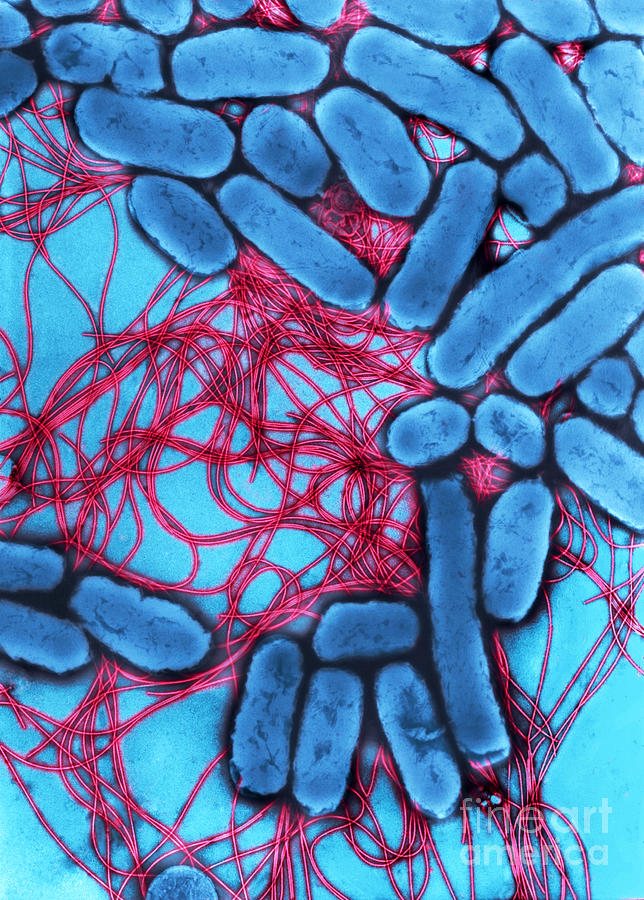 Salmonella bacteria. Coloured transmission electron micrograph (TEM) of Salmonella enteritidis, a rod-shaped, flagellated bacterium. S. enteritidis was the cause of a severe outbreak of food poisoning in Britain in 1988 that was traced to chicken eggs. Chickens have long been associated with Salmonella food poisoning, but the species responsible is usually the less virulent S. typhimurium, which lives in the gut rather than the reproductive tract. The spread of S. enteritidis may have been aided by feed processors adding chicken carcasses to chicken feed. Magnification: x10,650 when printed 10cm high.