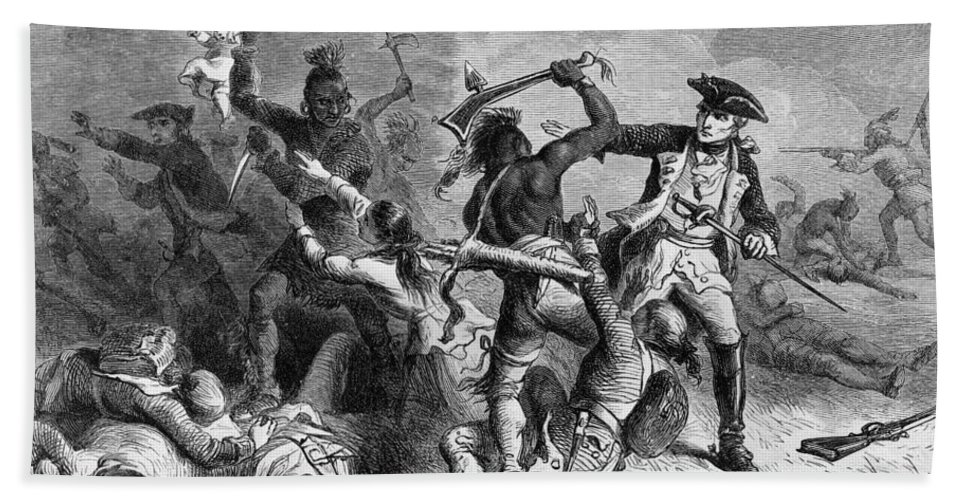 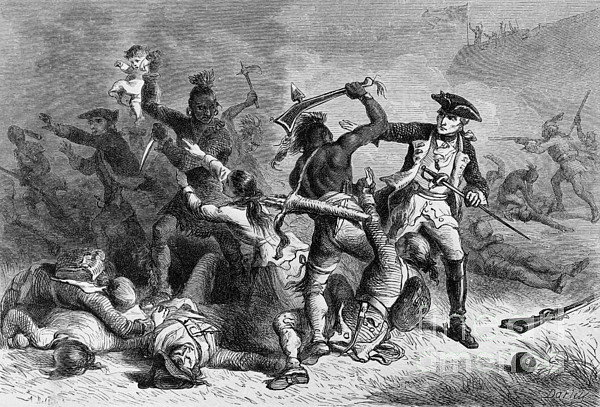 Print depicting the Battle of Fort William Henry, entitled "Montcalm trying to stop the massacre." Montcalm's victory at Fort William Henry in 1757 was a military and personal victory, but the conduct of his Algonquin allies, who massacred British soldiers as they marched out of the fort under negotiated terms of surrender, was a significant political blow. Montcalm is said to have personally intervened in an attempt to halt the slaughter. The French and Indian War was fought by Great Britain and France over disputed territories in North America from 1754 to 1763. Struggles for supremacy had been going on for many decades between France and England in the New World, but hostilities intensified in the early 1750s as both English and French settlers attempted to colonize land in the Ohio River Valley and each thought they owned the rights to the land. Both France and England wanted to extend their "world empires" into the Ohio River Valley and each recruited Native American tribes to fig...