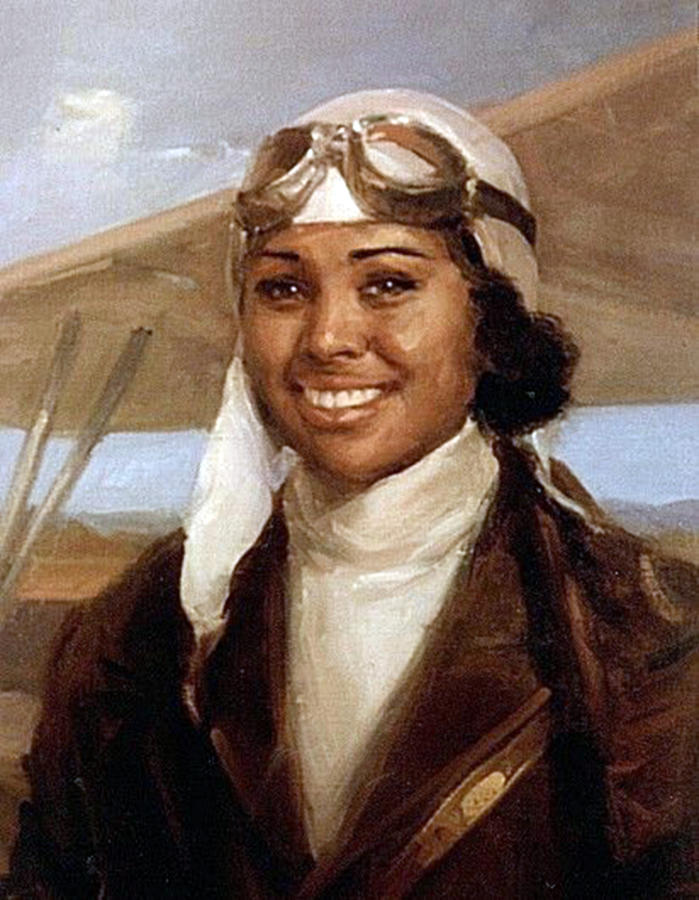 Elizabeth "Bessie" Coleman (January 26, 1892 - April 30, 1926) was an African-American civil aviator. She could not gain admission to American flight schools because she was black and a woman. No black U.S. aviator would train her either. Robert Abbott, founder and publisher of the Chicago Defender, encouraged her to study abroad. She received financial backing from banker Jesse Binga and the Defender. She took a French-language class at the Berlitz school in Chicago, and then traveled to Paris in 1920, so she could earn her pilot license. She learned to fly in a Nieuport Type 82 biplane, and in 1921, she became the first woman of African-American descent to earn an international aviation license, (the first American of any gender or ethnicity to do so), but the first woman of African-American descent to earn an aviation pilot's license. She became a barnstorming stunt flyer and was known as "Queen Bess". She quickly gained a reputation as a skilled and daring pilot who would stop at nothing to complete a difficult stunt. On April 30, 1926, Coleman was in Jacksonville, Florida. On take-off, William Wills, her mechanic and publicity agent, was flying the plane with Coleman in the other seat. She had not put on her seatbelt because she was planning a parachute jump for the next day and wanted to look over the cockpit sill to examine the terrain. About ten minutes into the flight, the plane unexpectedly dived, then spun around. She was thrown from the plane at 2,000 feet and died instantly when she hit the ground. She was 34 years old. No artist credited.