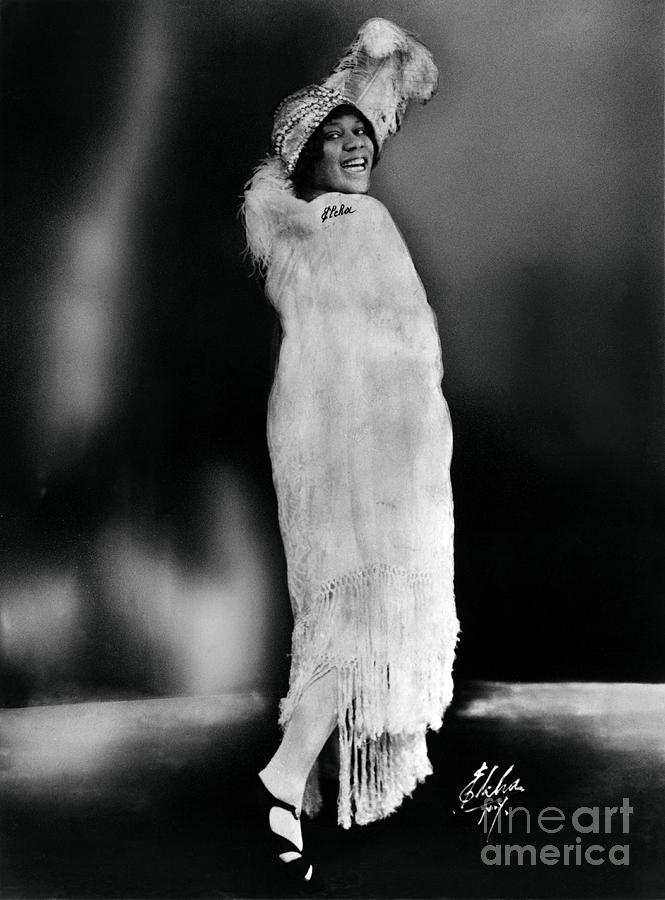 Bessie Smith (1894-1937) was an American blues singer nicknamed The Empress of the Blues, Smith was the most popular female blues singer of the 1920s and 1930s. She is often regarded as one of the greatest singers of her era and a major influence on subsequent jazz vocalists. In the 1920's Smith became the highest paid black entertainer of the day, heading her own shows, which sometimes featured as many as 40 troupers, and touring in her own railroad car. Smith's career was cut short by a combination of the Great Depression and the advent of Hollywood "talkies", which spelled the end for vaudeville. In 1937 Smith was critically injured in a car accident while traveling along U.S. Route 61. Smith's funeral was held in Philadelphia and an estimated 10,000 mourners who filed past her coffin.