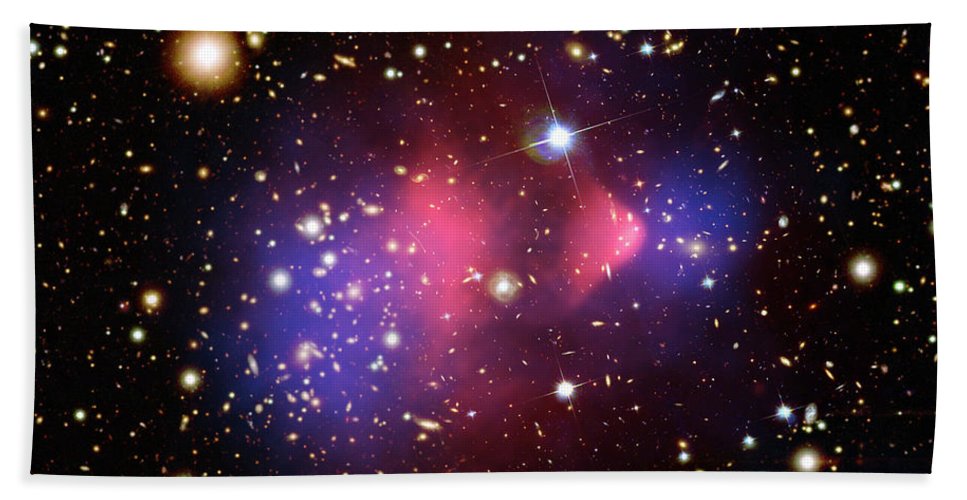 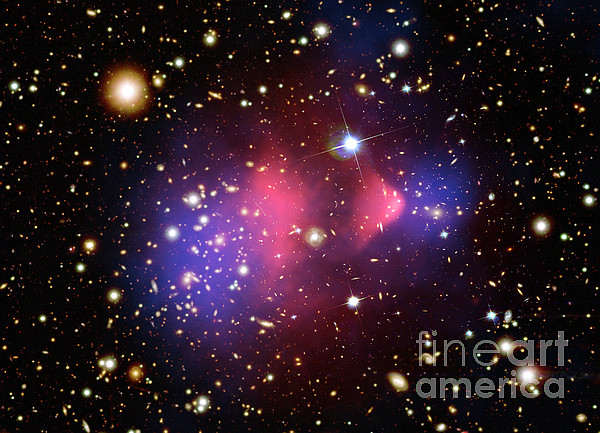 This composite image shows the galaxy cluster 1E 0657-56, also known as the bullet cluster. This cluster was formed after the collision of two large... more

This composite image shows the galaxy cluster 1E 0657-56, also known as the "bullet cluster." This cluster was formed after the collision of two large clusters of galaxies, the most energetic event known in the universe since the Big Bang. Hot gas detected by Chandra in X-rays is seen as two pink clumps in the image and contains most of the "normal," or baryonic, matter in the two clusters. The bullet-shaped clump on the right is the hot gas from one cluster, which passed through the hot gas from the other larger cluster during the collision. An optical image from Magellan and the Hubble Space Telescope shows the galaxies in orange and white. The blue areas in this image show where astronomers find most of the mass in the clusters. The concentration of mass is determined using the effect of so-called gravitational lensing, where light from the distant objects is distorted by intervening matter. Most of the matter in the clusters (blue) is clearly separate from the normal matter (pink),...