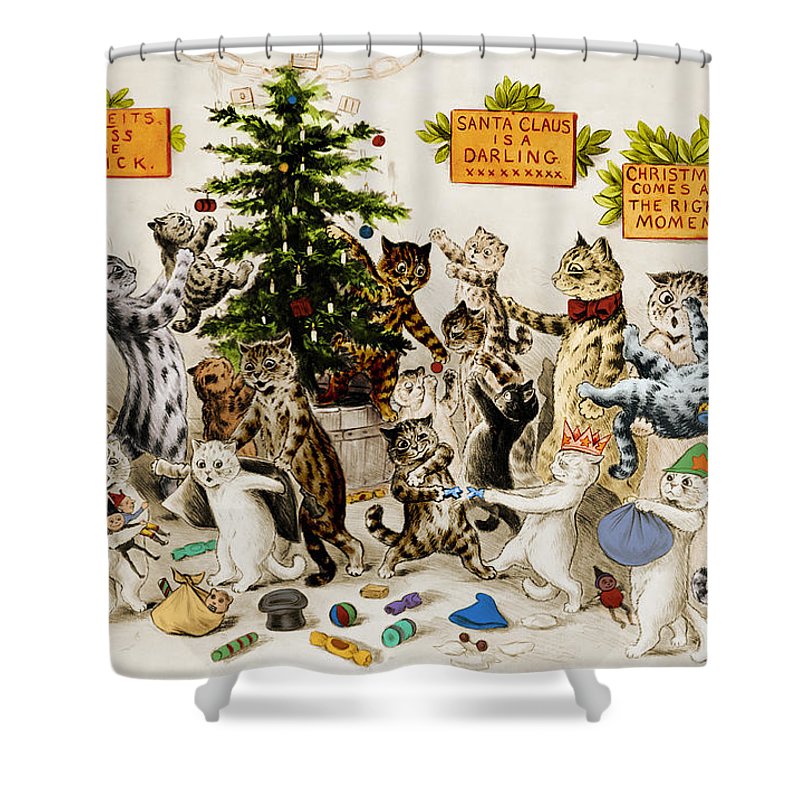 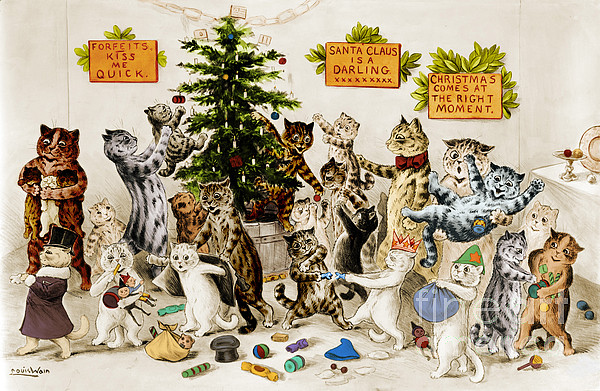 Entitled "Cats decorating Christmas tree". A Christmas tree is a decorated tree, usually an evergreen conifer such as spruce, pine, or fir associated with the celebration of Christmas. The tree was traditionally decorated with edibles such as apples, nuts, or other foods. In the 18th century, it began to be illuminated by candles which were ultimately replaced by Christmas lights after the advent of electrification. Christmas is an annual commemoration of the birth of Jesus Christ and a widely observed cultural holiday, celebrated on December 25 by billions of people around the world. A feast central to the Christian liturgical year, it closes the Advent season and initiates the twelve days of Christmastide, which ends after the twelfth night. Christmas is a civil holiday in many of the world's nations, is celebrated by an increasing number of non-Christians, and is an integral part of the Christmas and holiday season. Illustration by Louis Wain created for the Detroit Publishing compa...