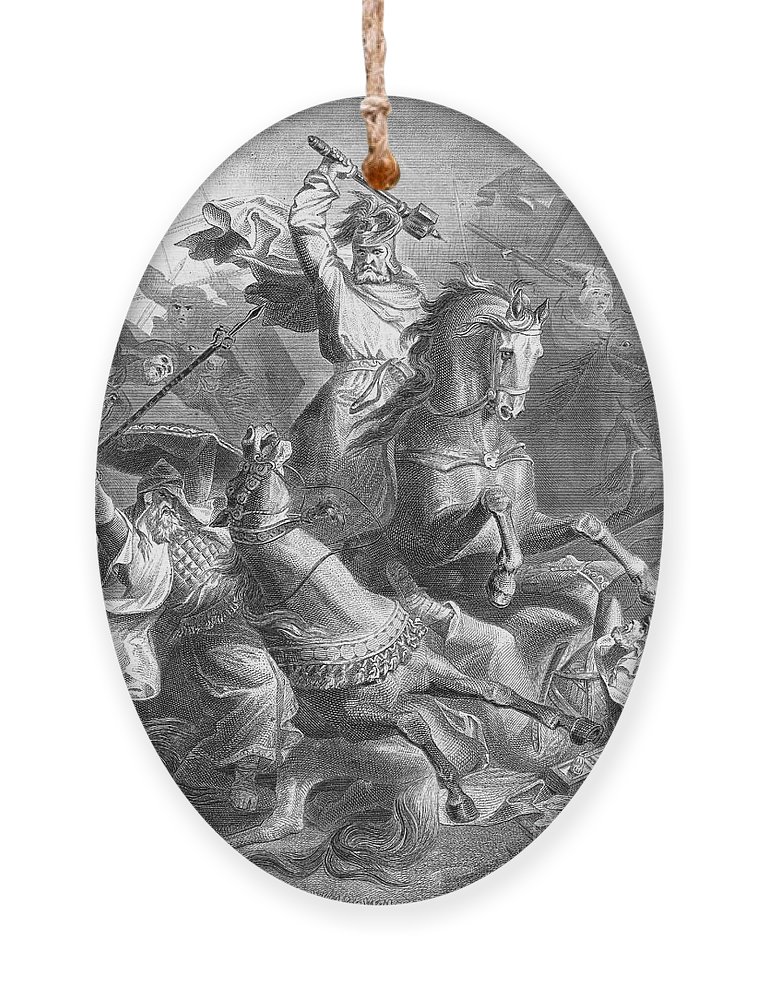 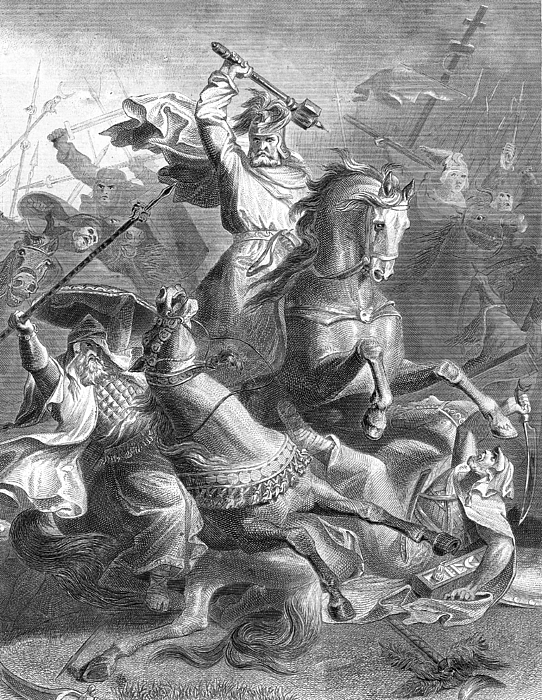 Charles Martel (686-741), Charles the Hammer, was a Frankish military and political leader, who served as Mayor of the Palace under the Merovingian... more

Charles Martel (686-741), Charles the Hammer, was a Frankish military and political leader, who served as Mayor of the Palace under the Merovingian kings. He is remembered for winning the Battle of Tours in 732, in which he defeated an invading Moorish army. This victory is traditionally credited with halting northward Islamic expansion in western Europe. He strengthened the Frankish state by consistently defeating, through superior generalship, the host of hostile foreign nations which beset it on all sides. He is considered to be a founding figure of the Middle Ages, often credited with a seminal role in the development of feudalism and knighthood, and laying the groundwork for the Carolingian Empire. He was also the father of Pepin the Short and grandfather of Charlemagne.