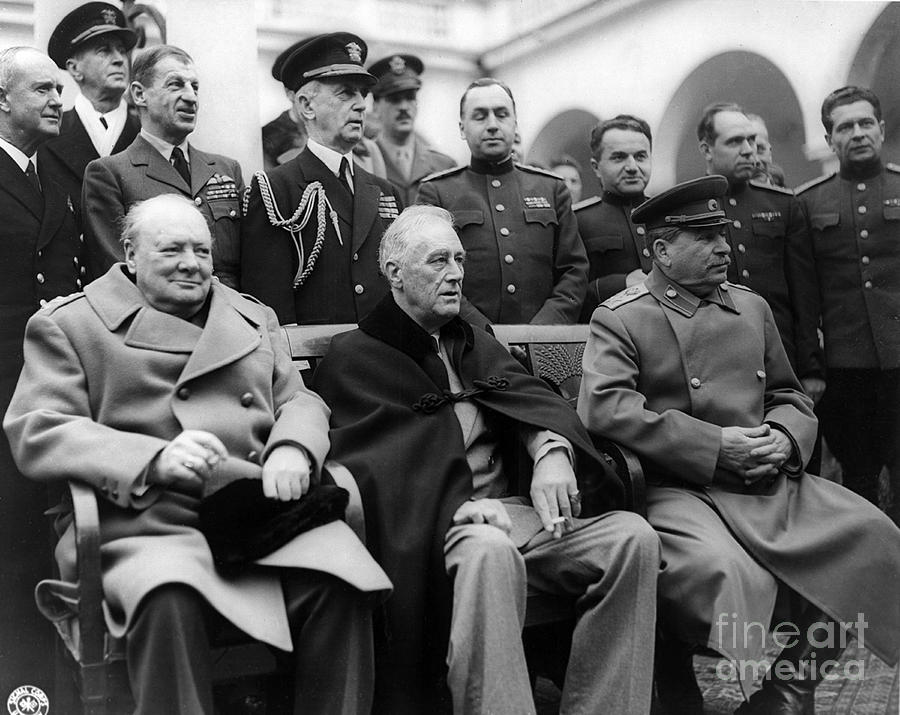 Yalta Conference. Prime Minister Winston Churchill, President Franklin D. Roosevelt, and Marshal Joseph Stalin at the palace in Yalta, where the Big Three met in February 1945. The Yalta Conference, sometimes called the Crimea Conference and codenamed the Argonaut Conference, held February 4-11, 1945, was the World War II meeting of the heads of government of the United States, the United Kingdom, and the Soviet Union, represented by President Franklin D. Roosevelt, Prime Minister Winston Churchill, and General Secretary Joseph Stalin, respectively, for the purpose of discussing Europe's post-war reorganization. The conference convened in the Livadia Palace near Yalta, in Crimea. The meeting was intended mainly to discuss the re-establishment of the nations of war-torn Europe. Within a few years, with the Cold War dividing the continent, Yalta became a subject of intense controversy. To some extent, it has remained controversial