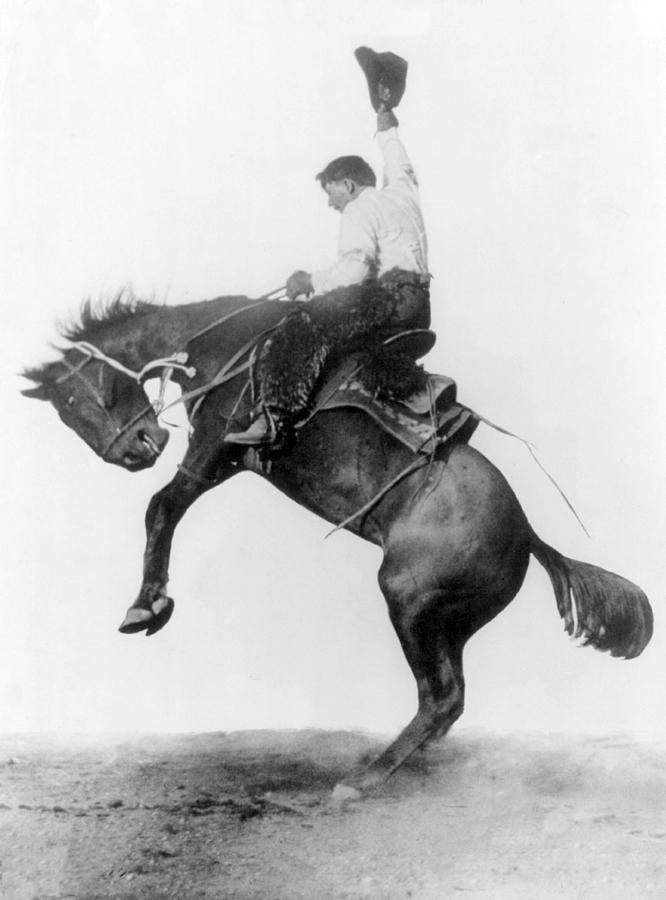 O'Donnell on Whirlwind, Cheyenne Frontier Days, 1911. Cowboys of the American West developed a personal culture of their own, a blend of frontier and Victorian values that even retained vestiges of chivalry. Such hazardous work in isolated conditions also bred a tradition of self-dependence and individualism, with great value put on personal honesty, exemplified in songs and poetry. The average cowboy earned approximately a dollar a day, plus food, and, when near the home ranch, a bed in the bunkhouse, usually a barracks-like building with a single open room. Bucking is a movement performed by a horse in which the animal lowers its head and raises its hindquarters into the air, usually while kicking out with the hind legs. If powerful, it may unseat the rider enough to fall off. Photographed for the Union Pacific R.R. Company, 1911.