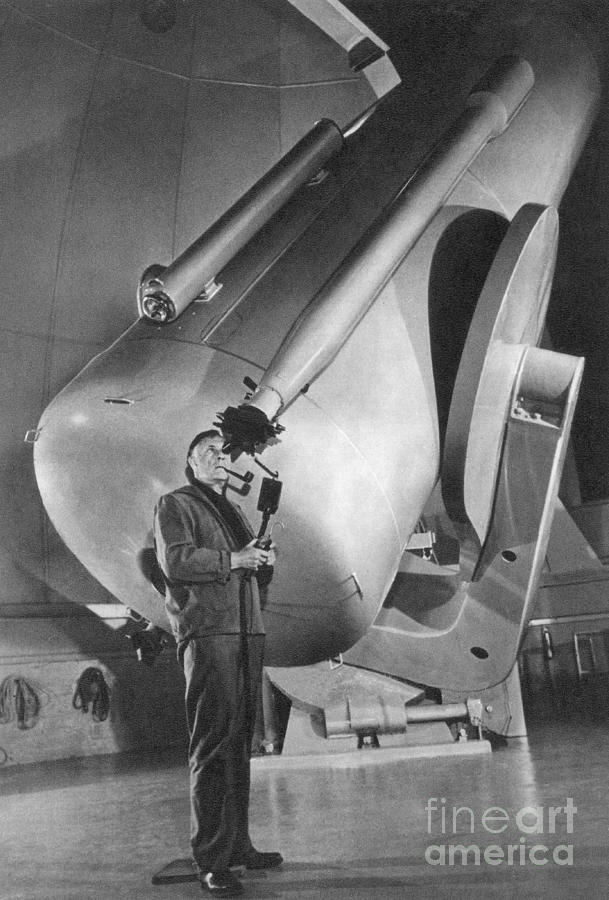 Edwin Hubble (1889-1953) with the 48" Schmidt Telescope, Palomar Observatory, 1949. Hubble discovered that the degree of "Doppler shift" observed in the light spectra from other galaxies increased in proportion to a particular galaxy's distance from Earth, a relationship that became known as Hubble's law and helped establish that the universe is expanding.