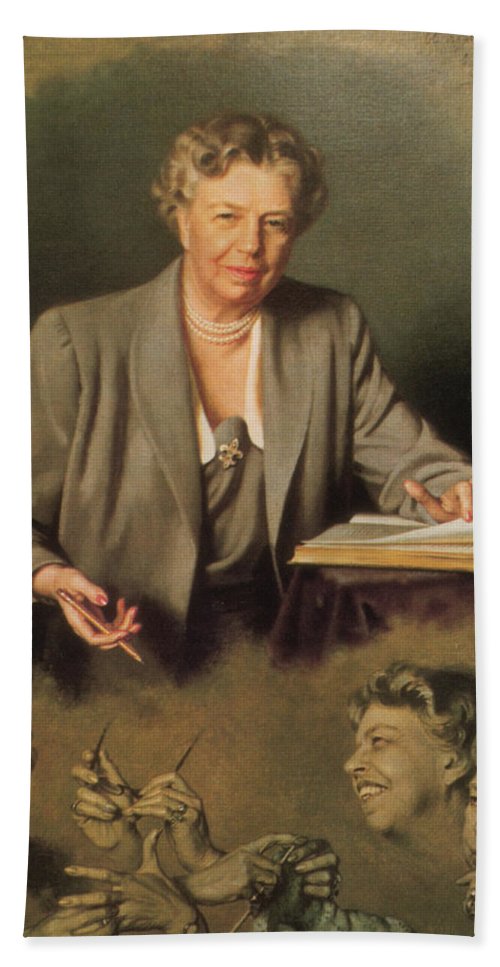 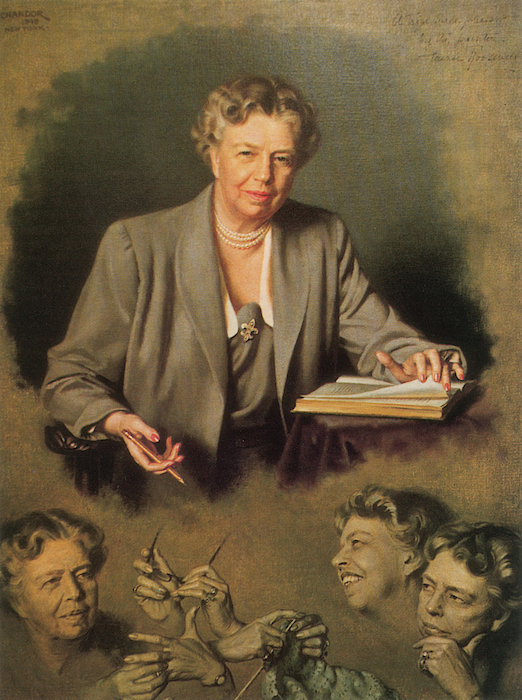 Anna Eleanor Roosevelt (October 11, 1884 - November 7, 1962) was an American politician. She was the longest serving First Lady of the United States,... more

Anna Eleanor Roosevelt (October 11, 1884 - November 7, 1962) was an American politician. She was the longest serving First Lady of the United States, holding the post from March 1933 to April 1945 during her husband's four terms in office. She married her fifth cousin once removed, Franklin Delano Roosevelt, in 1905. After discovering Franklin's affair with Lucy Mercer in 1918, she resolved to seek fulfillment in a public life of her own. She persuaded Franklin to stay in politics following his partial paralysis from polio, and began to give speeches and campaign in his place. She was a controversial First Lady for her outspokenness, particularly her stance on racial issues. She was the first presidential spouse to hold press conferences, write a syndicated newspaper column, and speak at a national convention. She advocated for expanded roles for women in the workplace, the civil rights of African-Americans and Asian-Americans, and the rights of World War II refugees. Following her hus...