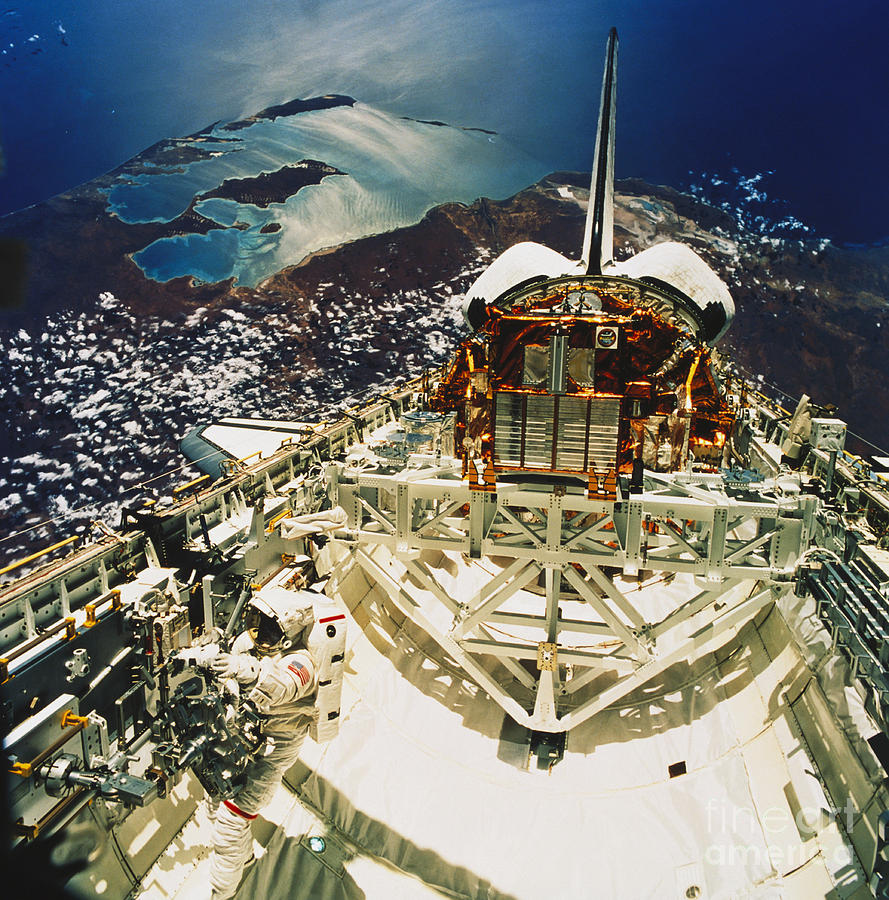 Astronaut Leroy Chiao spacewalks in the opened cargo bay of the Shuttle Endeavor as it passes over Shark Bay, Australia, on January 17th, 1996. This Extra-vehicular activity, (EVA), formed part of Mission STS-72, (1/11/96-1/20/96), and was used to evaluate space station assembly techniques. At the back of the cargo bay are two gold-colored satellites. This nearer, square satellite is the American Office of Aeronautics and Space (OAST) Flyer. The round satellite is the Japanese Space Flyer Unit, (SFU-1). The OAST flyer was released by the shuttle on January 15th 1996 and recovered two days later. SFU-1 was recovered from an earlier orbit.