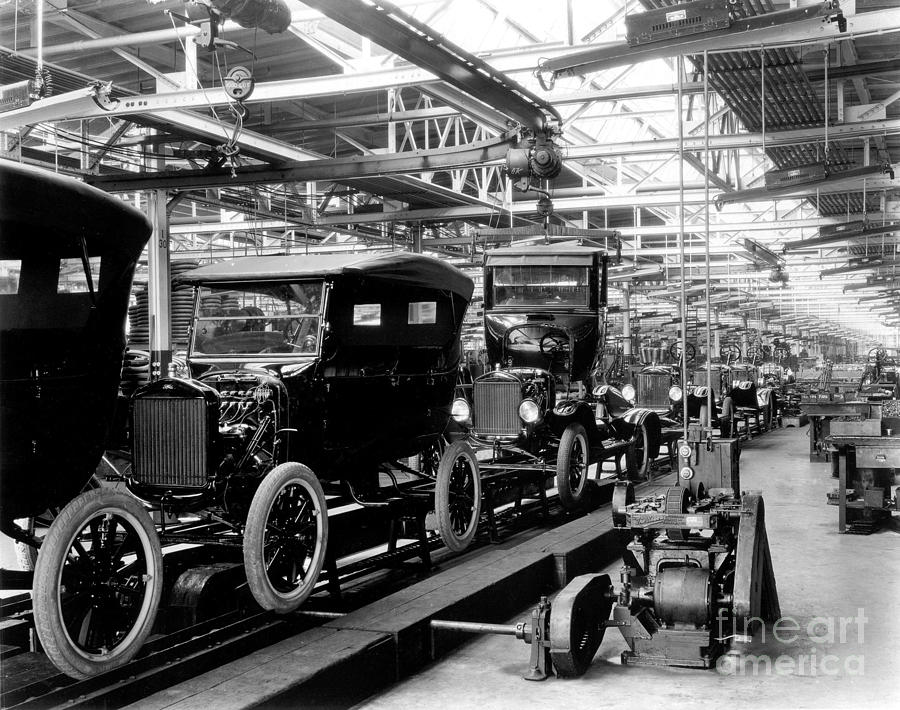 Model T Ford assembly at the Ford Motor Company Plant in Highland Park, Michigan. When introduced, the T used the building methods typical at the time, assembly by hand, and production was small. Ford's Piquette plant could not keep up with demand for the Model T, and only 11 cars were built there during the first full month of production. More and more machines were used to reduce the complexity within 84 defined areas. In 1910, after assembling nearly 12,000 Model Ts, Henry Ford moved the company to the new Highland Park complex. As a result, Ford's cars came off the line in three minute intervals, much faster than previous methods, reducing production time by a factor of eight (requiring 12.5 hours before, 93 minutes afterwards), while using less manpower. By 1914, the assembly process for the Model T had been so streamlined it took only 93 minutes to assemble a car. 57% of cars sold in America are Model T's. Ford made no changes to his car while his competitors create new models. No photographer credited, circa 1920s.