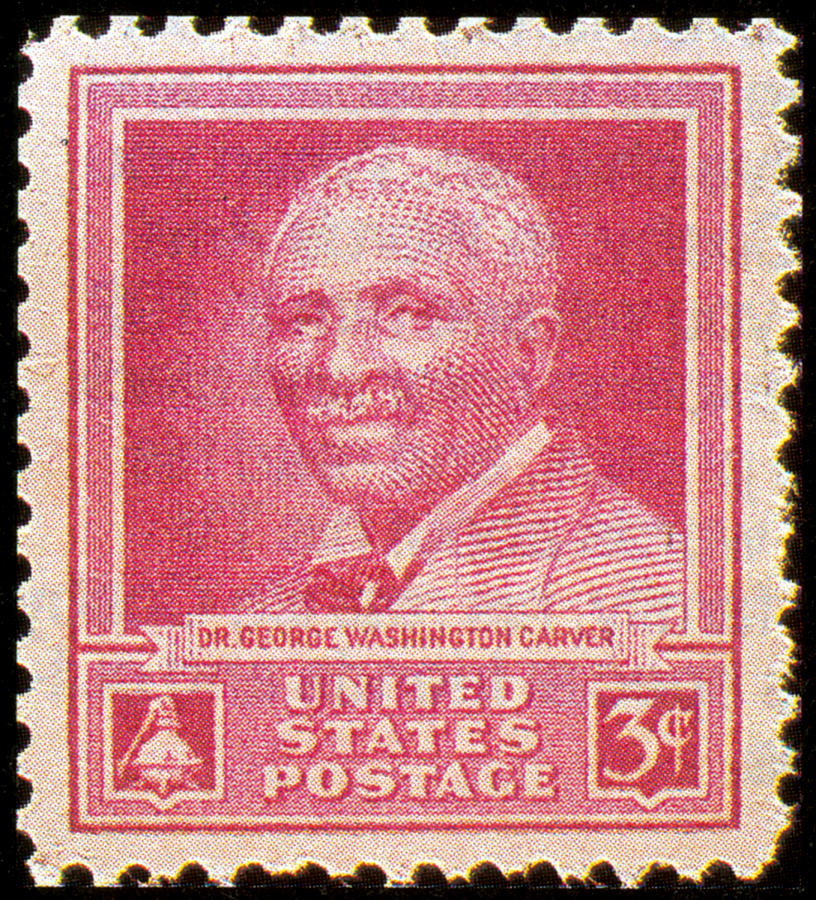 George Washington Carver noted scientist and educator, was honored by a 3˘ red violet stamp issued on January 5, 1948, the fifth anniversary of his death. The stamp showing Carver's portrait follows the format of the Famous American Scientists Series of 1940. Carver overcame racial prejudice to complete his education in agriculture and botany. As an agricultural chemist, he developed a multitude of industrial uses for common crops such as peanuts, soybeans, and sweet potatoes. He developed principles of crop rotation that revolutionized farming in the South. Booker T. Washington recruited him to the position of Director of Agriculture at Tuskegee Institute, and he was awarded an honorary doctorate by Simpson College in Iowa, where he began his advanced education as its first black student.