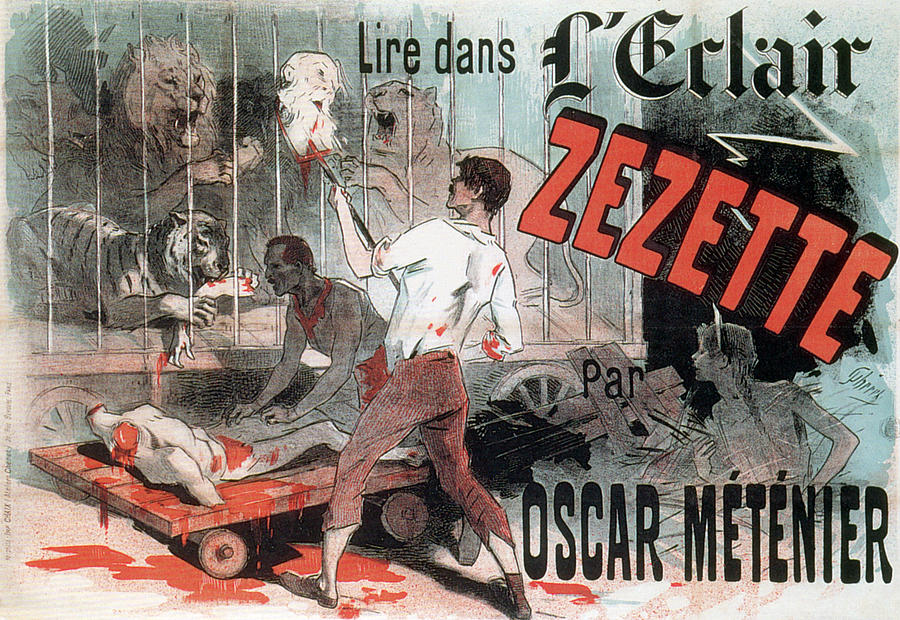 Jules Chťret (May 31, 1836 - September 23, 1932) was a French painter and lithographer who became a master of Belle …poque poster art. He has been called the father of the modern poster. Le Thť‚tre du Grand-Guignol was a theatre in the Pigalle area of Paris (1897-1962). Oscar Mťtťnier was the Grand Guignol's founder and original director. Under his direction, the theatre produced plays about a class of people who were not considered appropriate subjects in other venues prostitutes, criminals, street urchins, and others at the lower end of Paris's social echelon. At the Grand Guignol, patrons would see five or six plays, all in a style that attempted to be brutally true to the theatre's naturalistic ideals. The plays were in a variety of styles, but the most popular and best known were the horror plays, featuring a distinctly bleak worldview as well as notably gory special effects in their notoriously bloody climaxes.