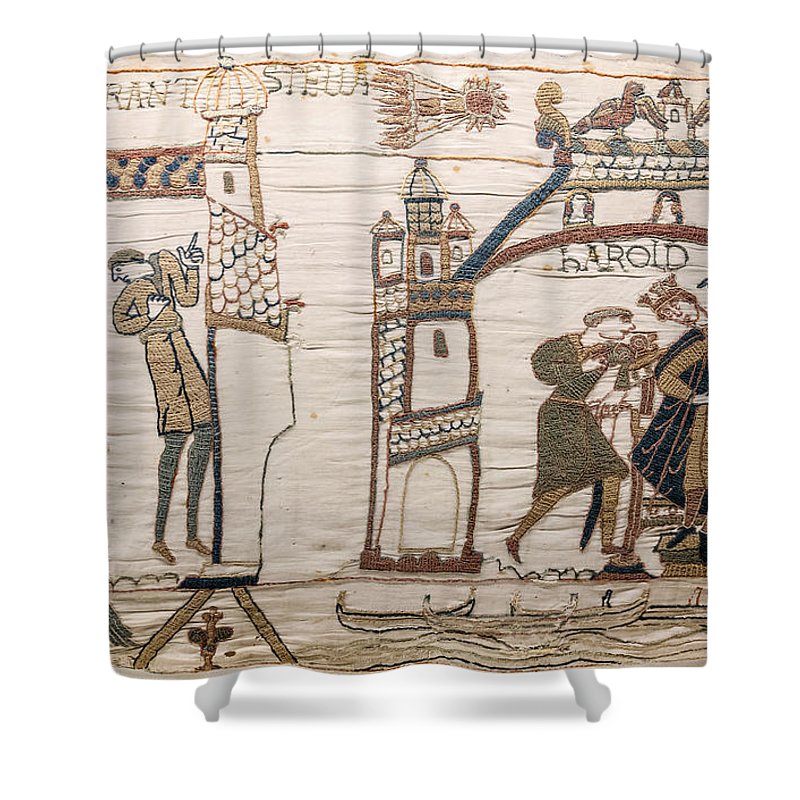 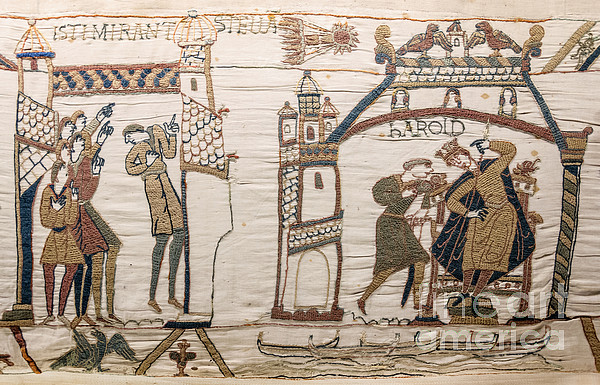 Bayeux Tapestry showing the return of Halley's Comet in 1066. Halley's Comet is the best known of the short-period comets and is visible from Earth every 75-76 years. It is the only short-period comet that is clearly visible to the naked eye from Earth, and thus the only naked-eye comet that might appear twice in a human lifetime. It was observed and recorded by astronomers since at least 240 BC. Records of the comet's appearances were made by Chinese, Babylonian, and medieval European chroniclers, but were not recognized as reappearances of the same object at the time. The comet's periodicity was first determined in 1705 by English astronomer Edmond Halley.