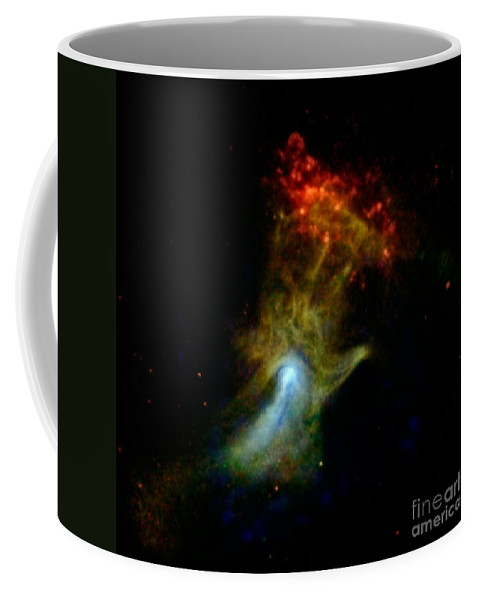 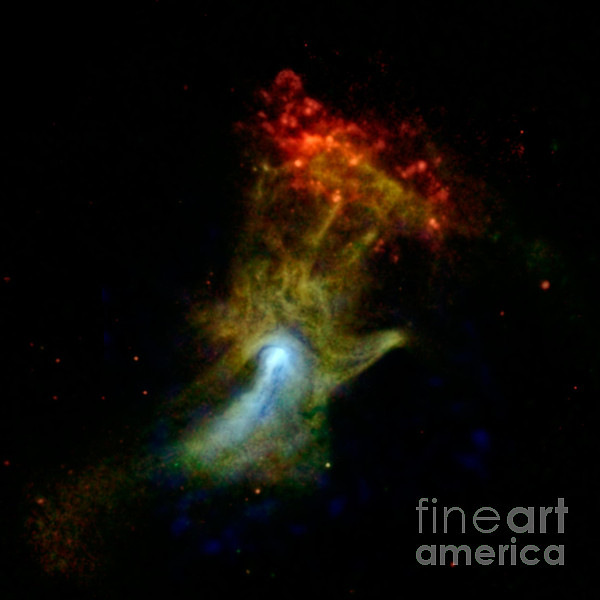 This pulsar wind nebula, nicknamed the 'Hand of God', was imaged by NASA's Nuclear Spectroscopic Telescope Array, or NuSTAR, in high-energy X-rays,... more

This pulsar wind nebula, nicknamed the 'Hand of God', was imaged by NASA's Nuclear Spectroscopic Telescope Array, or NuSTAR, in high-energy X-rays, shown in blue. Lower-energy X-ray light previously detected by NASA's Chandra X-ray Observatory is shown in green and red. The nebula is the leftover, dense core of a star that blew up in a supernova explosion. The stellar corpse, called PSR B1509-58, or B1509 for short, is a pulsar it rapidly spins around, seven times per second, firing out a particle wind into the material around it -- material that was ejected in the star's explosion. These particles are interacting with magnetic fields around the material, causing it to glow with X-rays. The result is a cloud that, in previous images, looked like an open hand. The pulsar itself can't be seen in this picture, but is located near the bright spot in the 'wrist'.