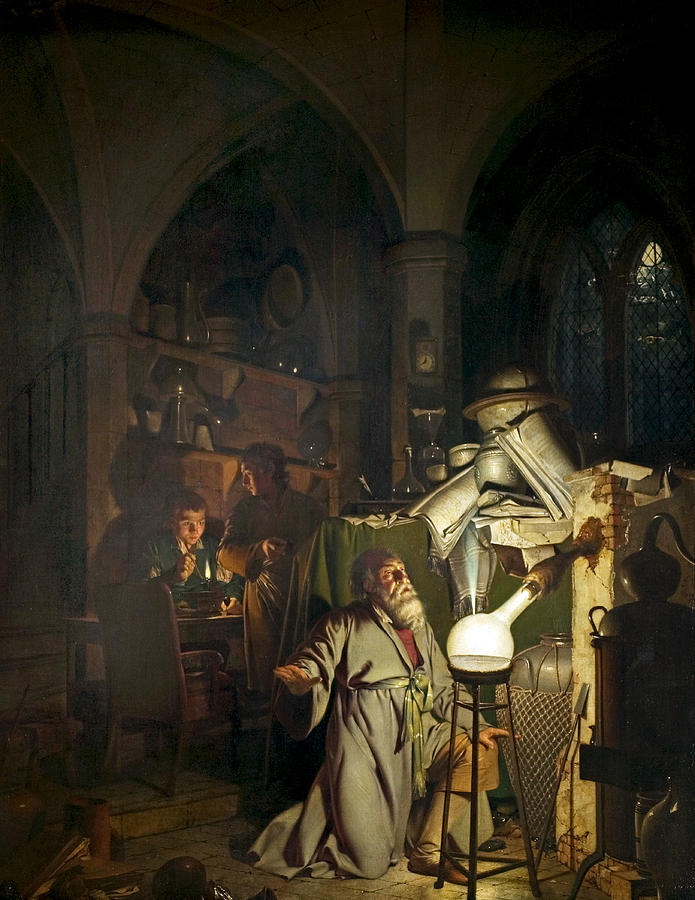 The Alchemist in Search of the Philosophers Stone (1771) by Joseph Wright. Hennig Brand (1630 -1692/1710) was a German merchant and alchemist. Brand searched for the "philosopher's stone", a substance which supposedly transformed base metals into gold. By the time his first wife died he had exhausted her money on this pursuit. He then married his second wife Margaretha, a wealthy widow whose financial resources allowed him to continue the search. Around 1669 he heated residues from boiled-down urine on his furnace until the retort was red hot, glowing fumes filled it and liquid dripped out, bursting into flames. He captured the liquid in a jar and covered it, where it solidified and continued to give off a pale-green glow. What he collected was phosphorus, which he named from the Greek word for "light-bearing" or "light-bearer." He kept his discovery secret and worked with the phosphorus trying unsuccessfully to produce gold.