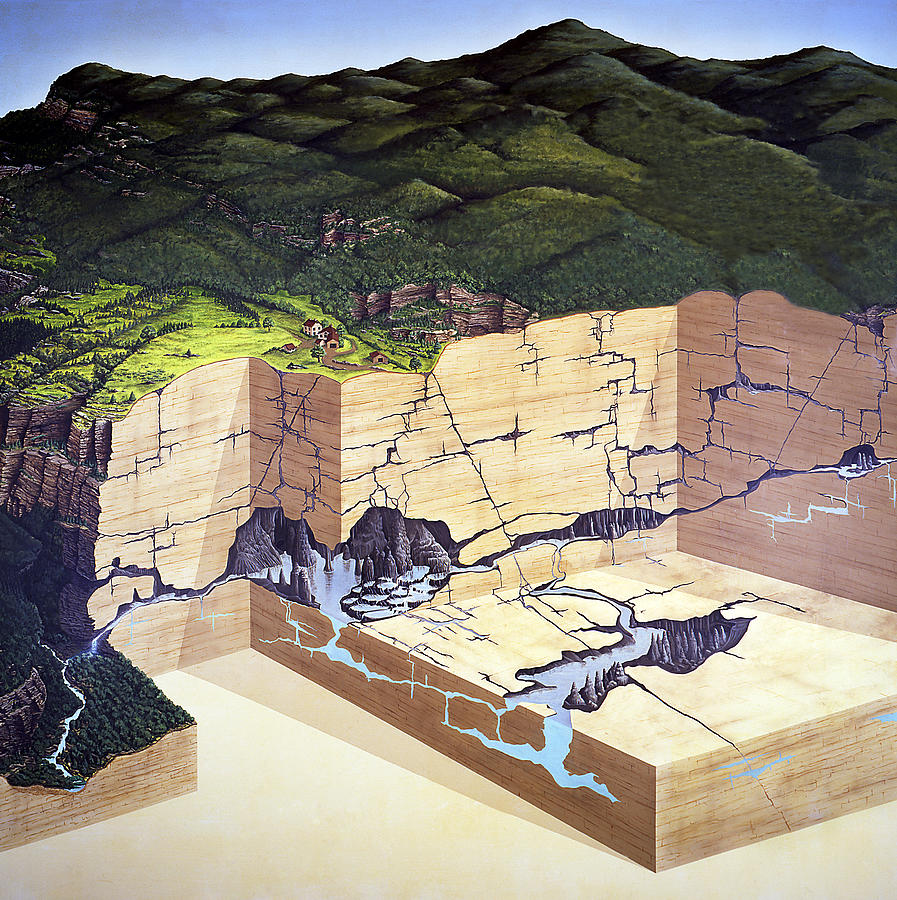 Illustration of Caves and Karst Topography. Slowly moving, weakly acidic groundwater creates limestone caves. When the water table lowers, the water drains away, leaving air-filled rooms and passages. Cave streams continue to enlarge these passages by erosion, many caves began forming millions of years ago, and the process continues today.Dissolving of bedrock creates many distinctive features on the surface of the land. Regions where caves are formed have a characteristic surface terrain, known as "karst topography." In these areas surface streams often lose their water through enlarged cracks in the streambed. Collapse of the ground into dissolved-out sections of the bedrock results in pock-shaped depressions called "sinkholes." As water makes its way through the cave passageways it may eventually find its way back to the outside world through springs, which typically emerge in stream valleys near the water table.