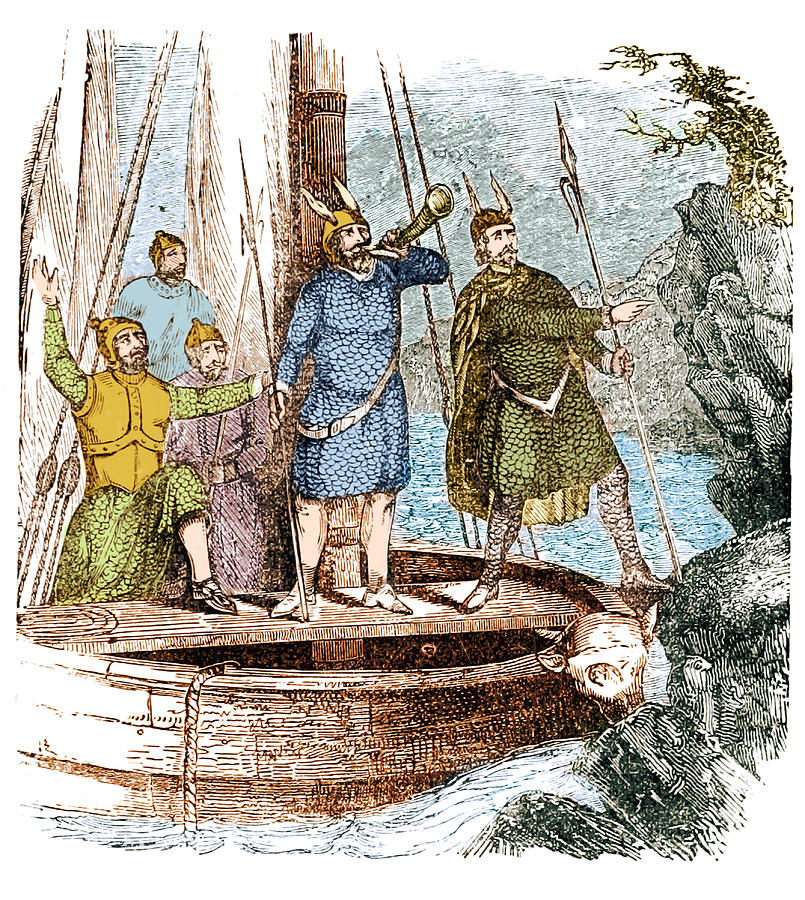 Landing Of The Vikings In The Americas

Landing Of The Vikings In The Americas

Image taken from page 25 of "An Illustrated History of the New World containing a general history of all the various nations, states, and republics of the Western Continent. Comprising the earliest discoveries. An account of the American Indians, and a complete history of the United States to the present times" by John Ledyard Denison, 1873. The Norse colonization of the Americas began as early as 10th century AD, when Vikings explored and settled areas of the North Atlantic, including the northeastern fringes of North America. Continental North American settlements were small and did not develop into permanent colonies. While voyages, for example to get timber, are likely to have occurred for some time, there is no evidence of enduring Norse settlements on mainland North America. There is evidence of Norse trade with the natives (called Skraelings by the Vikings). The Norse would have encountered both Native Americans (the Beothuk, related to the Algonkians) and the Thule, ancestors of the Inuit. Items such as comb fragments, pieces of iron cooking utensils, chess pieces, iron chisels, ship rivets, carpenter's planes, and oaken ship fragments used in Inuit boats have been found far beyond the traditional range of Norse colonization.