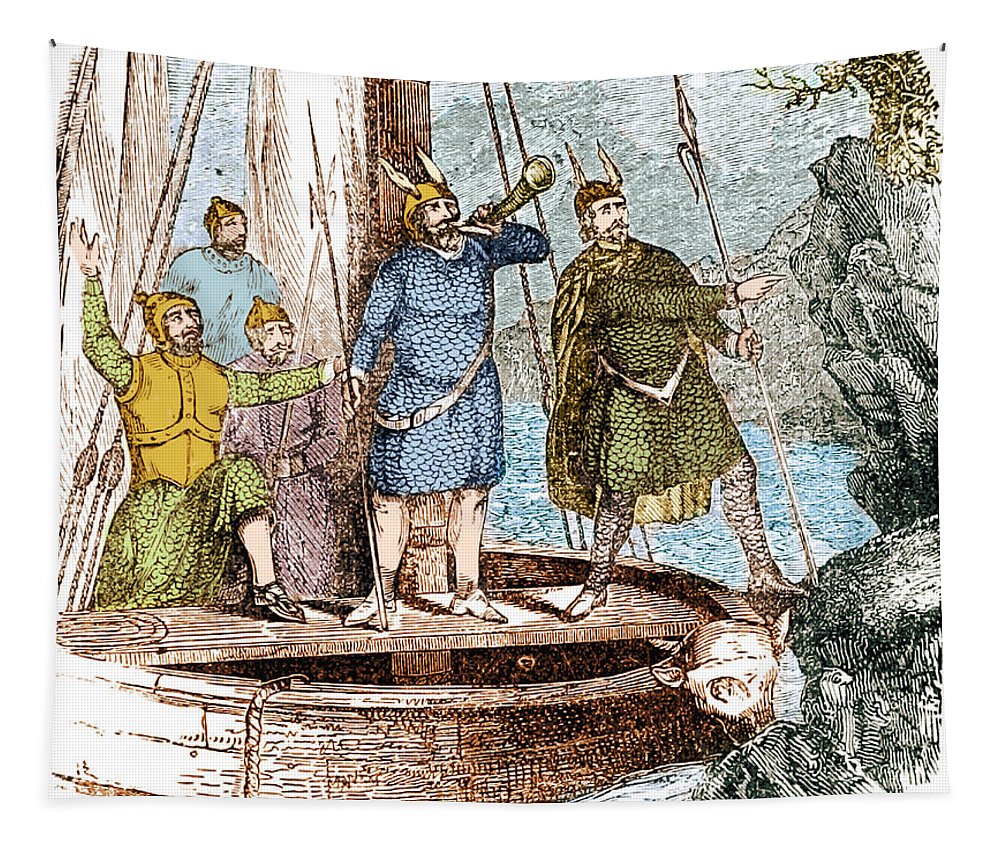 Landing Of The Vikings In The Americas Tapestry