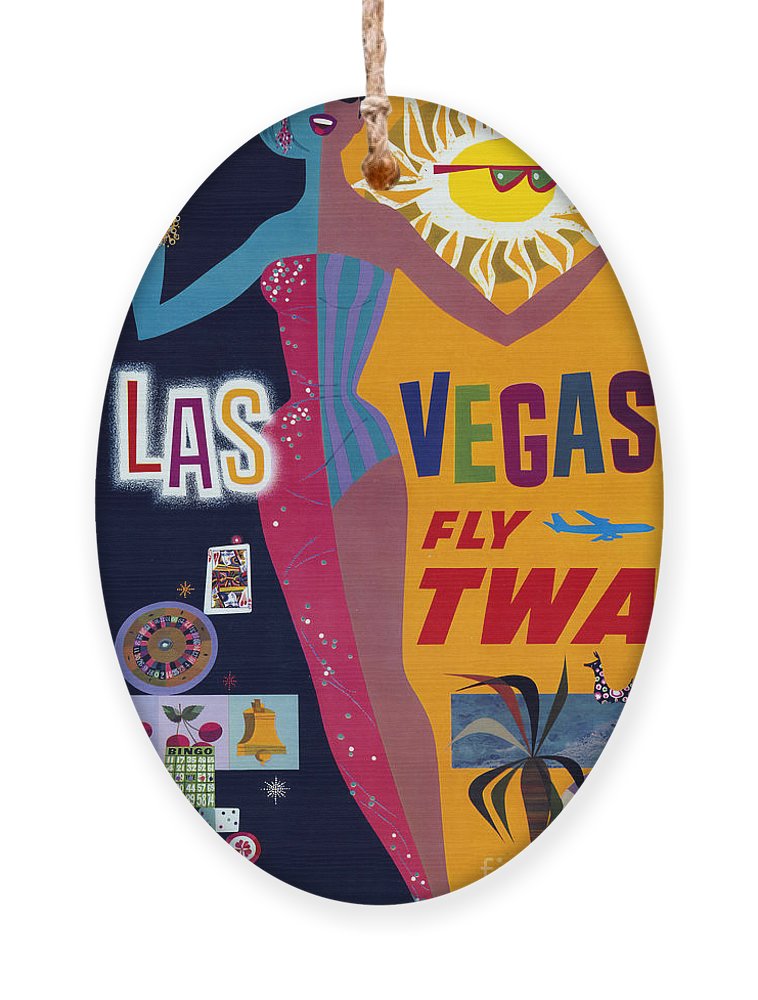 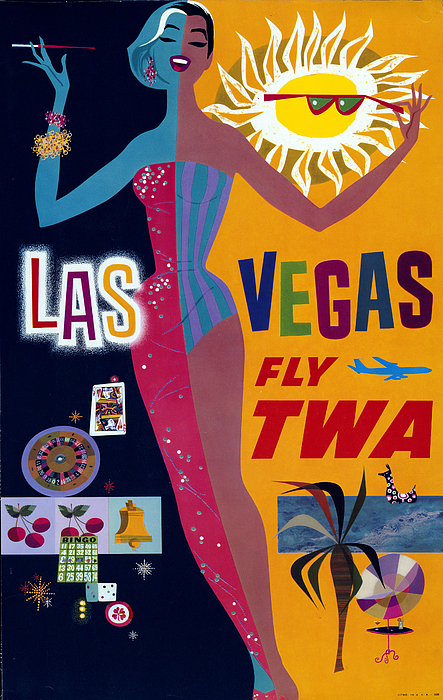 Poster shows an abstract interpretation of Las Vegas. Trans World Airlines (TWA) was a major American airline from 1925 until 2001. It was originally... more

Poster shows an abstract interpretation of Las Vegas. Trans World Airlines (TWA) was a major American airline from 1925 until 2001. It was originally formed as Transcontinental & Western Air to operate a transcontinental route from New York City to Los Angeles via St. Louis and Kansas City. Howard Hughes acquired control of TWA in 1939, and after World War II led the expansion of the airline to serve Europe, the Middle East and Asia, making TWA a second unofficial flag carrier of the United States after Pan Am. Hughes gave up control in the 1960s, and the new management of TWA acquired Hilton International and Century 21 in an attempt to diversify the company's business. As the Airline Deregulation Act of 1978 led to a wave of airline failures, start-ups and takeovers in the United States, TWA was spun off from its holding company in 1984. Carl Icahn acquired control of TWA and took the company private in a leveraged buyout in 1988. TWA became saddled with debt, sold its London routes,...