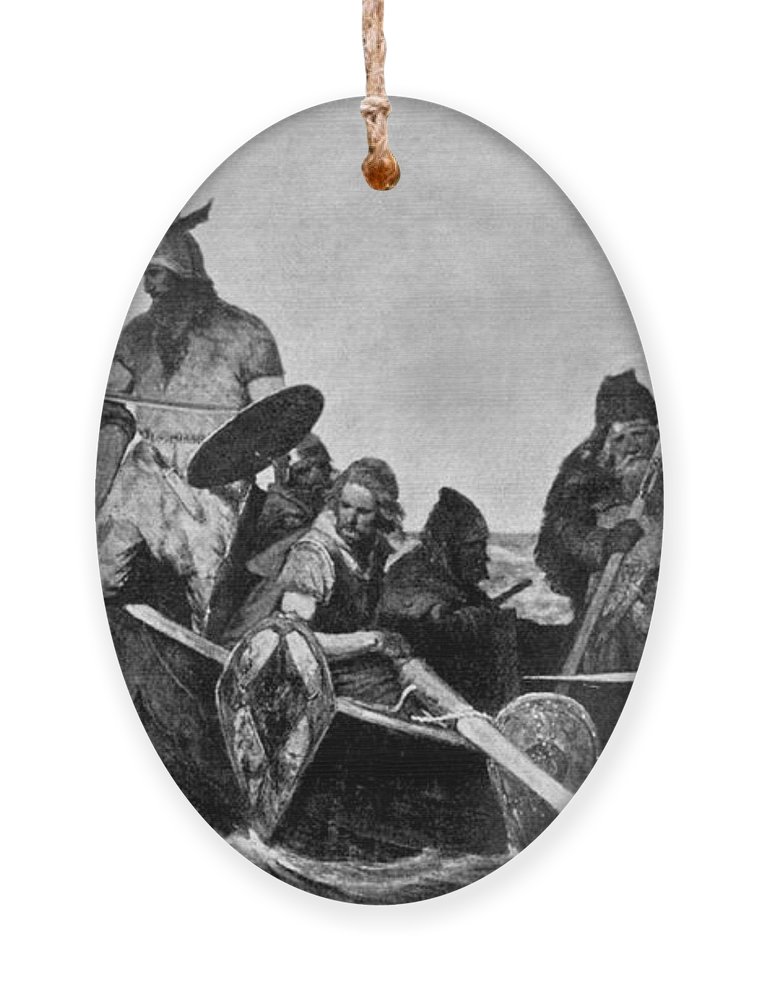 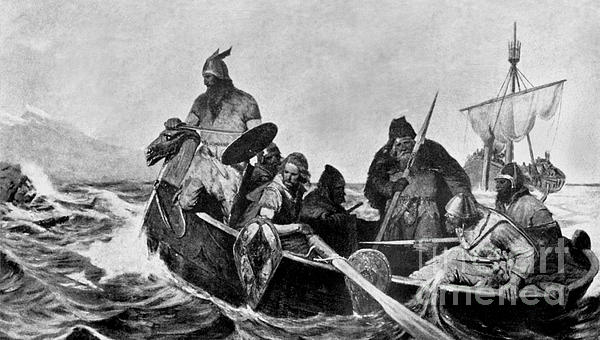 Leif Ericson off the coast of Vinland, photogravure by G. A. Wergeland, 1894. Leif Ericson (970 -1020) was a Norse explorer regarded as the first European to land in North America, nearly 500 years before Christopher Columbus. According to the Sagas of Icelanders, he established a Norse settlement at Vinland, tentatively identified with the Norse L'Anse aux Meadows on the northern tip of Newfoundland in modern-day Canada. Leif was the son son of Erik the Red, an explorer, outlaw fans founder of the first Norse colonies in Greenland. According to the Saga of Erik the Red, Leif apparently saw Vinland for the first time after being blown off course on his way to introduce Christianity to Greenland.