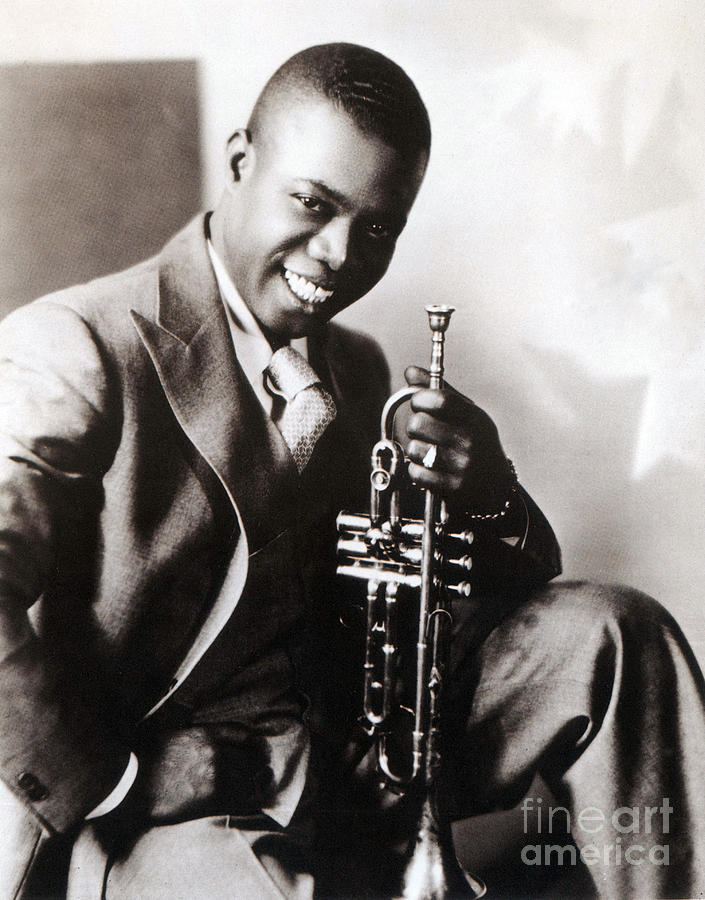 Armstrong circa 1930. Louis Armstrong (August 4, 1901 - July 6, 1971) was an American jazz trumpeter and singer. One of the most famous musicians of the Harlem Renaissance he was born into a poor New Orleans family. He began to perform with bands in small clubs, and play at funerals and parades around town. In 1922 he was invited to move to Chicago, to play the second cornet in a Creole Jazz Band. Two years later, Armstrong moved to New York City, and began playing his music with the Fletcher Henderson Orchestra at the Roseland Ballroom. In 1929, he made his first appearance on the Broadway stage. In 1942, he married a dancer from the Cotton Club, where his band had performed many times. All throughout the 1950's and 60's, Armstrong appeared in films and made many international tours. He is one of the most appreciated jazz artists of the Harlem Renaissance, and of all times. People learned to appreciate both jazz, and African-American music even more, because of this man. Renowned for his charismatic stage presence and voice almost as much as for his trumpet playing, his influence extended well beyond jazz music. His artistry and personality allowed him socially acceptable access to the upper echelons of American society that were highly restricted for a black man. Armstrong played music up until the day he died at 70 years old, on July 6, 1971.