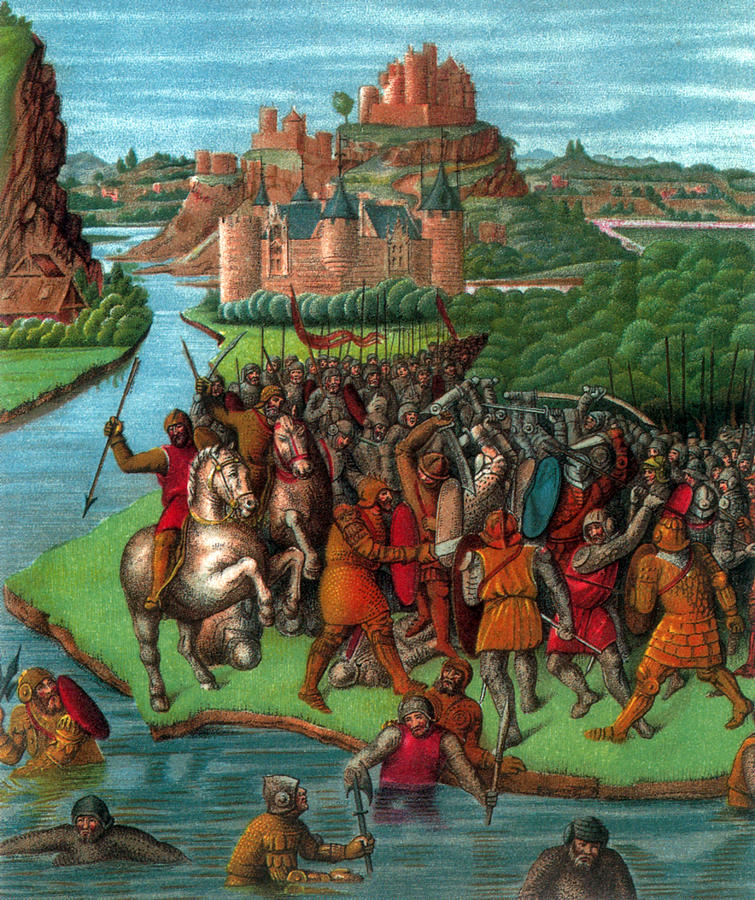 The Maccabean Revolt was a Jewish rebellion, lasting from 167-160 BC, led by the Maccabees against the Seleucid Empire and the Hellenistic influence on Jewish life. Jonathan Apphus was leader of the Hasmonean Dynasty of Judea from 161-143 BC. Bacchides was a Hellenistic Greek general and friend of the Syrian-Greek king Demetrius. Bacchides established the Hellenists as rulers in Judea; and the persecuted patriots, under Jonathan, fled beyond the Jordan River. Jonathan and his companions met Bacchides in battle at the River Jordan. Jonathan had encountered and had raised his hand to slay Bacchides, when the latter evaded the blow; the Jews, defeated, sought refuge by swimming through the Jordan to the eastern bank. In this battle Bacchides is reported to have lost either 1,000 or 2,000 men and he did not make another attempt to cross the river, instead returning to Jerusalem. Jonathan and his forces remained in the swamp in the country east of the Jordan. Following the death of his puppet governor Alcimus, Kohen Gadol in Jerusalem sometime later, Bacchides left the country.